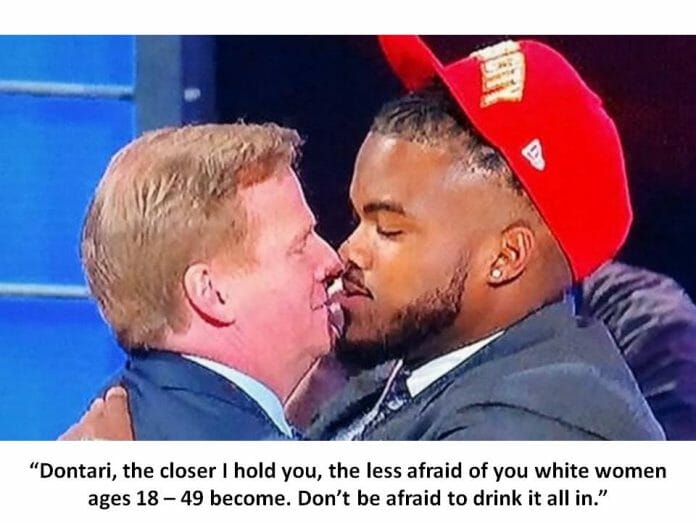 I have not posted for quite some time and surely many of you were thinking I was dead. You will be happy to know that I am alive and well. When I do die, my wife has strict instructions to post one last tirade that I have written to tell everybody that I know and hate to go fuck themselves. It will be more vile and self-serving than anything else I have ever written. I can’t wait.

Now let’s talk about the Draft! I used to have a boring job where I just sat around all day killing time and back then I would read all kinds of shit about the draft and do all kinds of research and know most of the players that were drafted in the top 3 rounds. Now I have a job with much more responsiblity and it keeps me way too busy to kill any time on the Internet at all. Guess what? I liked the good old days and the boring-ass job TEN TIMES BETTER. I think I would have made a great Night Watchman. You know Maslow’s Hierarchy of Needs? I’m good with just the bottom tier. I don’t need any of that belonging or esteem or purpose or self-actualization bullshit. Just food and shelter and beer and TV. Maslow is a fucking idiot.

You know what else I don’t need? ESPN.com. No thanks, ESPN.com, I am not paying for your mock drafts. Who the hell pays to be an ESPN.com “insider”? Doesn’t everybody already know that you can get useless information for free all over the Internet? Why is ESPN still trying to sell this shit?

Speaking of free useless information, if you came here to find out who the Steelers are drafting then you’re in the wrong place. I myself just tried googling mock drafts to try to figure it out. I have been following college football less and less each year (yay, College Football Playoff, you guys!) because College Football has gotten less entertaining over the years and Saturdays are usually the day that I use to get shit done so I can sit on my ass and watch football all day on Sunday. If the College Football Playoff ever extends from 4 to 8 or 16 teams then I will get behind it and probably watch it. (At least until the novelty wears off and I’m back to complaining about how much it sucks again.) I am a Pitt fan, though, and I look forward to Labor Day against FSU. I also root against Penn State because Penn State is a horrible place that harbors child molestors.

Since I have no idea who the Steelers should take in the first round, here is who they should NOT be taking:

1. Quarterback. I think we’re pretty much set there. Plus the quarterback class sucks this year. I love it when someone like Matt Barkley’s stock nosedives in their senior year. Any kid that passes on a fortune to stay and play college ball for free is a FUCKING MORON.

2. Running Back. By now everybody knows that Running Backs can be had in later rounds and guys like Adrian Peterson are one in a million and it’s not worth gambling on one in the first round that probably has too much tread on his tires already anyway (like Eddie Lacy). Rumor is Eddie Lacy wants to retire already.

3. Manti Teo. I have to admit that I am a shallow person and I can’t wait to crack wise at the expense of the team that drafts this freakshow. Some poor fanbase is going to feel like shit for a long time after this weekend. I hope it’s the Jets. There is something that just feels so right about having Jets fans pissed at the world.

4. Guard. In what little free time I get at work to browse the Internet, I do keep reading about a couple can’t-miss guards that some fans are hoping the Steelers take. The top Guard prospects are Alabama’s Chance Warmack and North Carolina’s Jonathan Cooper. I just can’t see the Steelers investing another high pick on the interior line after taking Pouncey and DiCastro in recent years even if one of these guys fall to them.

5. Kicker or Punter. It goes without saying that kickers and punters should never ever be drafted in the first or second or third rounds. Now that Al Davis is dead, we may never see it happen again and that is a damn shame. Our only hope is if someone hires fuckface Matt Millen. I hope it’s the Jets! FINGERS CROSSED. (ESPN needs to do a 30 for 30 on how awful a GM Matt Millen was.)

Any other position is pretty much a need for the Steelers. Linebacker, Defensive Line, Safety and Wide Receiver especially. I also wouldn’t mind seeing them take an Offensive Tackle if the right opportunity presented itself. They need to keep Roethlisberger healthy and give him time to throw and Marcus Gilbert seems injury-prone.

This is an interesting draft because the Steelers are picking higher than usual and nobody knows who they are targeting. We’ll just have to wait till tomorrow night to find out. The only thing we do know for sure is that ESPN is going to trot out Ray Lewis at some point and he’s going to talk to us all about Jesus for 45 minutes.