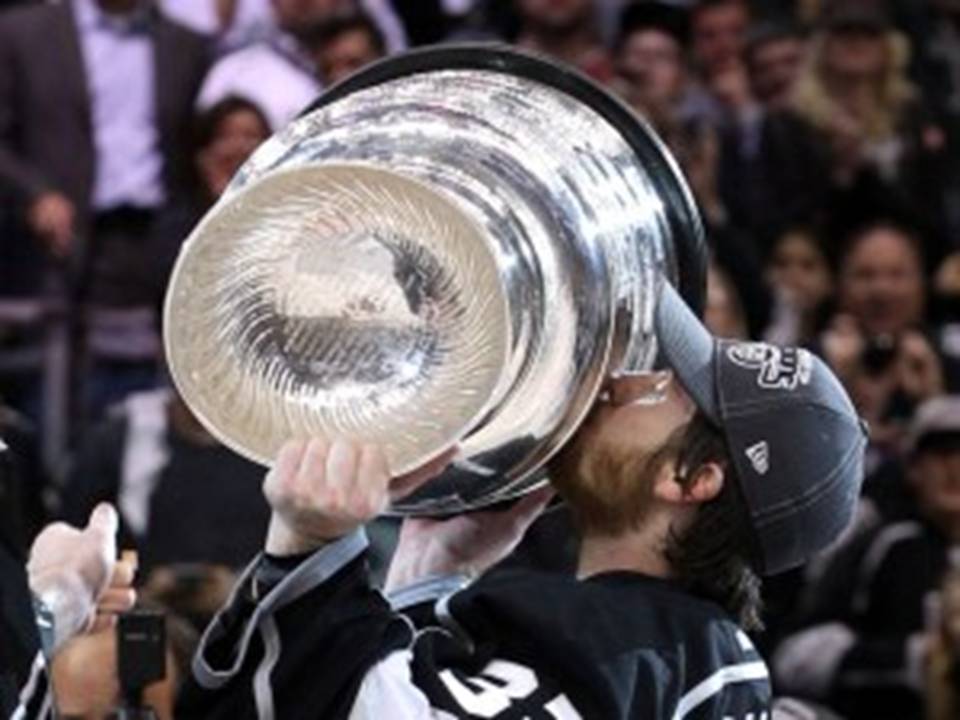 The last few weeks have reminded me that the NHL Playoffs are the most entertaining in all of sports. I love NFL football, but the playoffs are one-and-done and confined to weekends and don’t provide nightly excitement like Hockey does. The NCAA Basketball tournament is exciting and fun to throw money at, but the quality of play has deteriorated in recent years. There still isn’t an NCAA Football tournament and won’t be for some time (four teams does NOT make a tournament). The MLB playoffs are fine if you live in one of the big markets and can tolerate long stretches of guys just standing around chewing gum. The NBA playoffs may be the only one that compares to the NHL, but I’m just not a big fan— and because they overlap, fans are almost forced to choose between the two. The NHL playoffs feature 16 teams in Best-of-Seven series— so there are plenty of games to watch almost every night and the competition is balanced and intense. The game itself is fast-paced and exciting and the playoffs usually deliver.

Despite the insanely stupid re-alignment and the recent work stoppages, the NHL is a great product. It’s definitely a niche sport and will never be as popular as others, but there are many reasons to love it. One of the reasons is the uniqueness of the sport. Besides the obvious fact that it’s played on one inch of frozen water, the NHL definitely does many things to set themselves apart from other leagues. And it does so in a way that is not gimmicky or tired—a lot of it steeped in tradition. The things that set Hockey apart from the other sports are some of the reasons that make it so special. And so SmorgasBurgh presents:

10 Unique Things We Love About the NHL

10. YouTube:  The NHL made a brilliant decision when it decided to allow fans to post footage on YouTube. They wisely surmised that seeing NHL highlights on YouTube would likely draw more fans to the sport. NFL content, on the other hand, will be removed almost immediately. Thanks to the NHL and YouTube, we can quickly and easily view great Hockey moments like Mario Lemieux’s amazing Faceoff goal, and even tragic moments like the time when Clint Malarchuk almost bled to death on the ice. If the NHL wants to draw even more YouTube fans, they should make the players hold kittens while on the bench.

9. Goalie Masks:  While most team sports discourage individuals from expressing themselves– especially when it comes to uniforms– the NHL still allows goalies to customize the designs on their masks. I love when the camera zooms in on a goalie and you get to see whether he just has a boring version of the team logo or something crazy creative like Ken Wregget’s Penguin from “Batman Returns”. Curtis Joseph’s Cujo when he was with the RedWings is the best ever.

8. Blood:  Hockey is the only professional sport that has different degrees of penalties based on whether or not the guilty party draws blood. High Sticking is a two minute penalty. OH WAIT—THERE’S BLOOD! FOUR MINUTES! I did an exhaustive search on the google, but couldn’t find any incident where a player was accused of using blood capsules to try to draw a double minor. Charlie Kelley would advise against ingesting them, though.

7. Penalty Shots:  A Penalty Shot may be the most exciting play in all of sports. There is no better one-on-one matchup. And who among us doesn’t hope that any regular season game stays tied through the 5 minute overtime to force a shootout? You’re full of shit if you deny this. Here’s someone’s Top 10 shootout goals from this season.

6. Hats:  The best part of a hat trick is when the player is on his home ice and hats come pouring from the stands. It’s the only time in any sport when fans are not discouraged from throwing shit into the field of play. Cool sidenote: the hats are collected and donated to science. I’ve never thrown a hat because I rarely wear one, but once at the Mellon Arena I threw a paper airplane from section F that landed near center ice right before the opening faceoff. (I know that sounds impossible but I have a technique that I perfected in high school throwing paper airplanes out the fourth floor window across the parking lot.) Our whole section held our breath while we watched it slowly drifting toward the ice. At first it looked like it was just going to fall straight down into the stands below, but then it leveled off and steadily glided all the way to the red line as our section erupted in cheers. They had to delay the faceoff while Steve McKenna picked it up and threw it over the boards. The proudest moment of my life.

5. The Two Man Advantage:  Soccer is the only other sport that penalizes teams by having them play with fewer players. But the discrepancy is less noticeable than in the NHL where having a man advantage gives the team on the Power Play ample opportunity to control the puck and set up a scoring chance. When there is a two-man advantage it’s even more thrilling. Anytime there is a two man advantage I yell and scream for everyone to stop what they’re doing and look at the TV. My kids are never impressed.

4. Fights:  The argument about whether or not fights should be removed from the game still persists. Count me among the fans of fighting. No other sport lets their players settle differences like the NHL. In my opinion it adds another element of excitement. A game within the game. You can visit HockeyFights.com for great footage like Brent Johnson flooring Rick DiPietro with one punch. The next time you watch a Hockey fight remind yourself that Roger Goodell once suspended James Harrison for merely tackling someone.

3. The Empty Net:  Hockey ratchets up the tension at the end of a one-goal game when the goalie is pulled for an extra attacker. There’s even excitement over when the goalie will be pulled. And once he is off the ice, the losing team desperately tries to get that tying goal while the winning team tries to seal it with an empty net goal of their own. Far more exciting than the fouling strategy at the end of any basketball game. Except maybe that one game when Nick Anderson missed four free throws in a row for the Magic in the 1995 Finals.

2. Sudden Death:  Now that the NFL has finally wisely changed their overtime system, NHL Playoff hockey is the only Sudden Death overtime in sports. The game can end at any moment, and us fortunate fans are glued to the action until that final goal. Sometimes that goal comes right away (which seems to be the case in this year’s playoffs), but sometimes it takes much longer. I was at the Flyers/Penguins five overtime game on May 4, 2000 when Keith Primeau won it for the Flyers. At the end of the game, when most of the crowd had already left, for some reason, Mario Lemieux (who was the owner then) was cutting through the stands to get somewhere. The locker-room? I don’t know, it was weird. I know the Mellon Arena was awful but surely there was a better route from the owner’s box to the locker-room? But seriously, there was Mario, in an expensive suit stepping over seats. It was like 2 am and he looked like he was in a hurry but that didn’t stop some little kid from asking him for an autograph. He didn’t even break stride and politely refused. ARE YOU KIDDING ME? IT’S WAY PAST YOUR BEDTIME, KID! I get pissed off when my kids ask for a glass of milk past 9:30.

1. The Cup:  There is only one Stanley Cup (with original portions housed in a safe in the Toronto Hockey Hall of Fame.) Presented annually to the championship team, with the roster engraved on it, it is by far the most prestigious trophy in sports. There is so much history associated with it. I once touched the Stanley Cup. The same Cup that Mario Lemieux hoisted over his head as a Stanley Cup Champion in 1991. The same Cup that Montreal’s Rocket Richard won eight times. The same Cup that Colorado Avalanche defenseman Sylvain Lefebvre used to christen his child in. The same Cup that Ray Bourque brought to Boston to taunt the city that he couldn’t win a Championship for. The same Cup that Martin Brodeur admired his reflection in as he pounded his sister-in-law. WHERE’S MY NAME, BITCH? Right there…bottom ring…right under Jiri Bicek. One Cup. All those names. All that history. How cool is that?