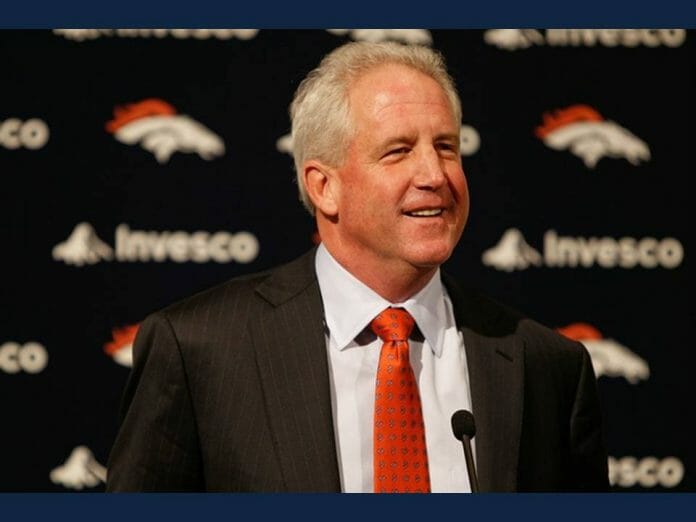 This is John Fox’s second trip to the Super Bowl, the first was with Carolina in 2004 in what ended up being one of the best Super Bowls ever played. Fox has been a head coach for 12 consecutive years, starting with Carolina in 2002 where he spent nine years before getting fired after a 2 – 14 record in 2010. This is his third year with the Broncos. He missed four games in the middle of the season with heart issues and Defensive Coordinator Jack Del Rio took over head coaching duties in his absence. The team went 3 – 1 under Del Rio. I have to imagine Fox would think long and hard about retirement if he goes on to win the Super Bowl. I’m just speculating, but I’m sure that the stressful and demanding role of an NFL head coach is not good for anyone with a healthy heart, let alone someone who is coming off of surgery. Winning a ring would probably make for an easier transition to a relaxing retirement to focus on his health.

Odd that most coaches don’t think that way. Bill Parcells was forced into retirement after undergoing bypass surgery in the early 90’s but he returned a few years later to coach the Patriots. Mike Ditka had a heart attack while coaching the Bears in 1988, but he didn’t even miss a game. Dan Reeves had multiple heart problems during his career, but still coached into his late 50’s. Bill Belichick, one of the most successful active NFL coaches, had his heart surgically removed and replaced with a shoe so he wouldn’t have to worry about heart problems or uncomfortable human interaction. Coaches like these seem to care more about the love of the game than their own health. But most coaches seem to live forever, so what do I know? Players drop dead left and right, but when was the last time a coach died? NEVER. Maybe their job isn’t so hard afterall.

Fox does have some ties to Pittsburgh, as he was a defensive backs coach and defensive coordinator at Pitt under Mike Gottfried and then started his NFL career in 1989 as a defensive backs coach with the Steelers. I have a lot of respect for what Fox has done as a head coach in the NFL primarly because of the lack of talent he has had at quarterback. He took the Panthers to the Super Bowl with Jake Delhomme under center and could have beat heartless Belichick’s Patriots were it not for John Kasay making one of the biggest blunders ever in Super Bowl history. After the Panthers tied the game with just over a minute left, he booted the subsequent kick off out of bounds and gave the Patriots a short field to work with allowing Adam Vinatieri to kick the game winner. Scott Norwood is well known for missing a 47 yarder in Super Bowl 25. Making that kick is certainly a lot harder than NOT kicking the ball out of bounds on a field that is 53 and 1/3 yards wide. Next time someone calls Norwood a goat, please remind them about Kasay’s much bigger fuck-up.

A lot of people may attribute the Broncos recent success to their acquisition of Peyton Manning, which is certainly one of the biggest factors. However, prior to Manning’s arrival, Fox did take his team to the playoffs with Tim Tebow as his starting quarterback, essentially running a high schoool offense. Of course Steelers fans will remember that team’s upset of Pittsburgh in the playoffs that season, when Tebow had an uncharacteristically great passing game. The previously mentioned Delhomme was Fox’s quarterback during most of his stay in Carolina. Delhomme was by no means a terrible quarterback, like Tebow, but he has a career passer rating of 81.3 and finished his career quietly as a backup with his fourth team, the Houston Texans. Delhomme was an average quarterback, yet Fox managed to lead the Panthers to 3 division championships and an overall record of 78 – 74, including the playoffs. They were 1 – 15 the year before he arrived.

I’m rooting for Denver to win the Super Bowl because I hate the whiny, bandwagon Seahawks fans. They still complain about the refs from Super Bowl 40 even though most of the controversial calls were correct according to many unbiased accounts. Also, they got blown out by 11 points. Most fanbases would only use the refs as an excuse if the game was closer– but the “12th man” in Seattle hath no shame. Ironically, a major reason they are in the Super Bowl this year is because the refs missed that roughing the punter call late in the 3rd Quarter against the 49ers. I doubt we’ll hear 49ers fans whining about it 10 years from now, though, because that would be ridiculous. I also hate Seattle because I (unfairly) associate them with Microsoft, which I hate dearly. I had a Zune (I got it free through work– I wasn’t stupid enough to pay for one) and my kids have an X-Box 360 and my wife bought a laptop with Microsoft Vista a few years back. So as you can imagine, Microsoft has caused me a great deal of suffering over the years. I have often wished that their entire workforce gets sodomized by hordes of giant rabid dogs. Seattle is a lovely city, though, I visted once and had an amazing time.

I’m also rooting for Denver because John Fox seems like a good guy, and I root for the good guys because I am a sap. I hate when people make assumptions like this, though, because for all we know Fox could be a terrible person who strangles cab drivers. But until evidence comes out to the contrary, I am going to assume he is swell. If Fox wins the Super Bowl this year, he’ll do what Jim Mora and Jim Caldwell failed to do, and something Tony Dungy could only do once in seven seasons– win a Championship with Peyton Manning. I think Fox is a much better coach than anyone will ever give him credit for– but he has to win on February 2 to prove it.