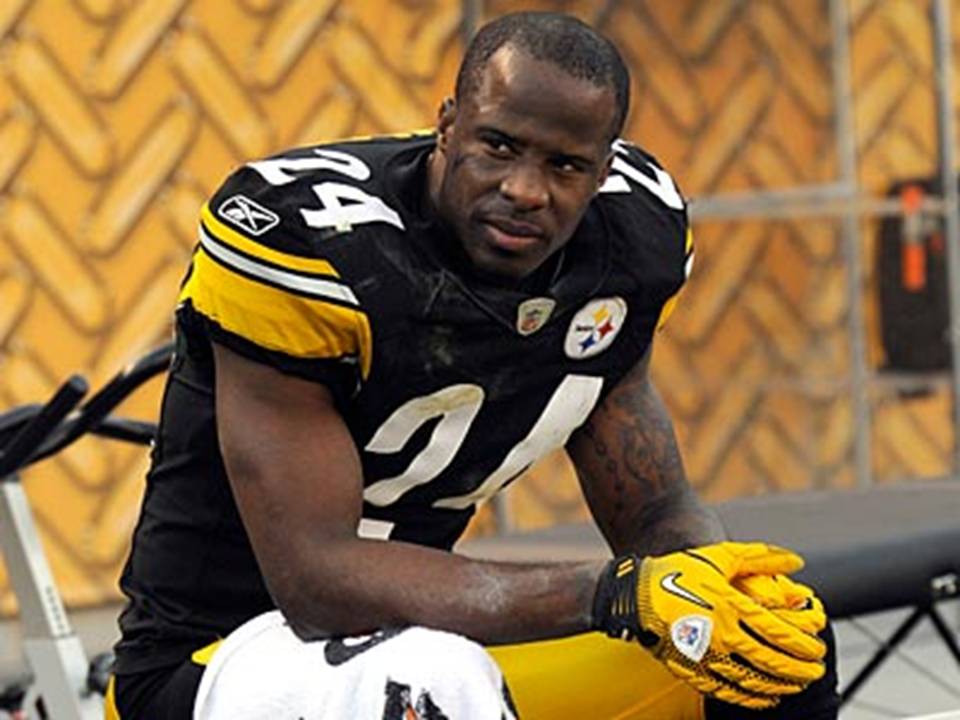 – I hope all of you are voting for Heath Miller and Ryan Clark for the Pro Bowl. Both have been having exceptional seasons and are very deserving. The Pro Bowl game itself is stupid and needs to be eliminated, but that doesn’t mean they should stop awarding the honor to the players and giving them a free trip to Hawaii or dinner at Roger Goodell’s house or some shit like that. Other Steelers having Pro-Bowl worthy seasons are Roethlisberger, Pouncey and Suisham. Timmons, Hampton and Keisel have all been having great seasons too and warrant some consideration. I’m as shocked as anyone that Hampton is back to his old self and blowing up the line of scrimmage again after a serious knee injury. Ike Taylor was also having a great season before getting hurt. It’s crazy that he’s never been selected for the Pro Bowl. He is the best cornerback on a defense that is perennially among the league’s best, on a team that has been to three Super Bowls throughout his career.

– If you visit NFL.com to vote for the Pro Bowl you will likely be given the chance to answer a survey telling them how awful their website is. The only thing I ever use their site for is standings, schedules and stats. There should just be three tabs at the top of the page for just those three things. Everything else on their site is bullshit. The worst is when one of their videos just starts playing at random when I am sitting in a meeting. COULD YOU ASSHOLES PLEASE NOT GET ME FIRED?

– Roethlisberger is back and anyone that still thinks that Batch should still start anyway to give Roethlisberger more rest is a moron. If Roethlisberger is healthy then he needs to play because he gives the Steelers the best chance to win. As great as Batch played at times in the second half against the Ravens, he still played 6 consecutive horrible quarters before that and almost blew the game with the interception to Ed Reed anyway. James Harrison’s forced fumble saved the game.

– David DeCastro, on the other hand, should be given as much recovery time as possible. He was dressed for the game last week, but the line has been solid without him. He shouldn’t play unless we have serious injury problems with our interior linemen. But I’m not a doctor, so what the fuck do I know?

– Norv Turner is finally getting fired. I have to imagine that if there were any Chargers fans out there, they would all be really happy right now.

– I had to drop my kid off at kindergarten today which is something I never do so my wife had to explain the protocol which took like an hour and a half. There is a whole system of where and when you could enter the parking lot and where to park, etc. You have to know exactly what you’re doing or you will piss off the Crossing Guard. I have to admit, though, that I was impressed by how smoothly it went and no kids died. Regardless, Crossing Guards always piss me off. I don’t think they are doing their jobs right. They actually stop traffic and then just let kids cross the street without paying any fucking attention. HOW IS THAT TEACHING THEM ANYTHING? IN THE REAL WORLD CARS DON’T JUST STOP FOR YOU. They should just sit back and let the kids look both ways and cross the street on their own– only stepping in to stop any morons from getting killed. As it stands now, kids are just going to act like some over-privileged Harbaughs when they’re out on their own expecting cars to stop for them. They will wander out into traffic just in time to be murdered by Donte Stallworth.

– Donte Stallworth is back in the league because the Patriots lost Julian Edelman for the season with a foot fracture. With him and Gronkowski both out, Thomas Edward Patrick Brady Jr. is running dangerously low on white people to throw the ball to. (It is okay to describe them as “white” in this instance because most skill players in the league are black so I am merely pointing out the anomaly of the Patriots having so many white ones. I don’t know why some people are overly sensitive about that. Scientists say that one day we will all be Chinese anyway so I guess it won’t matter any more. I can’t wait till I’m Chinese because I have some Chinese jokes that I have been dying to use.) With all that said, Belichick signs mostly white players because he’s a fucking racist.

– Roger Goodell is also a fucking racist but I love his idea for replacing kickoffs with punts. (It has since been reported that Greg Schiano actually proposed the idea. He signed the idea to Jane Goodall who translated it to league officials.) The reason for doing so is that punts are generally safer for players because they are not running full speed at each other for 50 yards like fucking Braveheart. The returner is protected because he has the option for a fair catch. Imagine the first time the opening punt-off is blocked and returned for a touchdown! INSANITY. The key to making this work, though, is the plan for replacing onside kicks. As the punting team lines up at their 35 yard line, there will actually be a first down marker at midfield, so in essence it is 4th down and 15 for the punting team. If they wanted to keep possession, they could just line up with a QB in a normal 4 wide receiver set and try to convert the first down. Or they could run a fake punt for the 15 yards as a “surprise” onside kick. As it stands now, an onside kick at the end of the game is almost impossible to recover, so a 4th and 15 would make finishes much more exciting. Plus, I am all for making the game safer, and doing it this way isn’t really changing the game much.

– I hardly watched any of last night’s game between the hapless Raiders and the Denver Mannings because I knew Oakland would get destroyed. If the Steelers don’t win the Super Bowl this year, then the Broncos are one of the few teams that I might be rooting for. They only have two Championships, so they aren’t a threat to catch up to us anytime soon like the Packers, 49ers or Giants. Also I don’t despise them as much as I despise the Ravens or Patriots. And I hate when new teams win their first Super Bowl so I don’t want the Texans or Falcons winning either. I’m basically rooting for the Steelers, Rams and Broncos in that order. Or if the Steelers don’t make it and they just cancel the Super Bowl that would be alright with me too.

– My company’s Christmas Party is on Monday at 5pm because I work for a bunch of assholes. WHO HAS A XMAS PARTY ON A MONDAY??? AT 5PM??? It’s after hours because they don’t want us missing any WORK time while we talk to people we WORK with about WORK shit. Fuck them. We also have a two drink maximum (they hand out tickets) so I can’t get drunk and drown out all the awful people I work with who won’t stop talking about work. I have to try mooching tickets off of people who don’t drink. “So, Anita, bummer about your Mom dying this summer.” “Oh, that was 3 years ago? Shit. Time flies. GIVE ME YOUR BEER.”