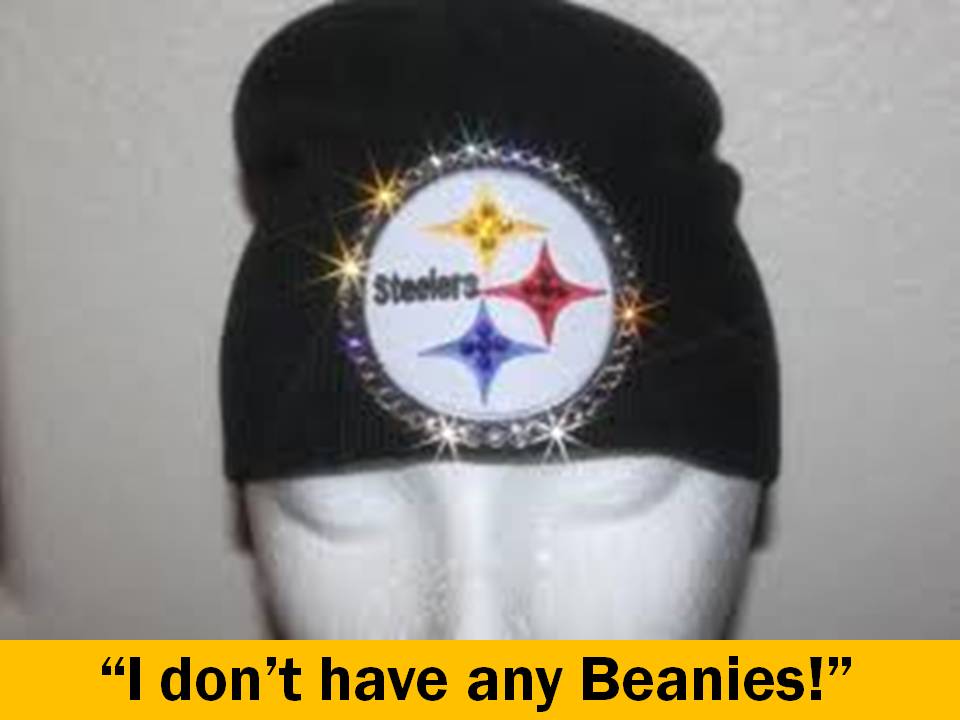 Tomlin: “Okay let’s try this again.” (Reaches his hand out)

Tomlin: “Go fuck yourself.” (Throws his arms up in frustration) “I can’t do it. I can’t be cordial to that arrogant asshole.”

Haley: “Look, chances are that we’re going to see the Ravens again in the playoffs. You’ve got to get this down or you’re going to look like the bad guy. Let’s practice once more. I’m Harbaugh.” (Reaches his hand out) “Good game.”

Haley: (Gasping for air.) “Much better.”

Lebeau: “Can you guys quit screwing around? We have a lot of work to do.”

Tomlin: “That’s right, men. As much as I would like to bask in the glow of Sunday’s big upset, as usual we need to move forward and start planning for the next challenge. I know the Chargers have a lame duck coach and a regressing Quarterback, but we still need to respect this squad and put our best foot forward.”

Lebeau: “I think we can shut these guys out, Mikey. Polamalu is almost 100% and Harrison is also back to his old self. The Chargers won’t stand a chance against my guys. Even with Ike out, we have three young corners ready to step up so we don’t miss a beat.”

Tomlin: “That’s excellent news. I too am satisfied with the preparation and attitude of those young men.”

Tomlin: “What would that be?”

Rooney: “It’s the fantasy playoffs this week and as luck would have it, I have to start Rivers. So we need him to score about three touchdowns. We can score four, though, right? Preferably all to Heath Miller, because I’m starting him too.”

Tomlin: “We’re prepared to shut out the Chargers this Sunday. There is no chance that Rivers is throwing three touchdown passes.”

Rooney: “You don’t understand. I’m playing Pauly Shore. He drafted RG3 and won’t shut up about it. If you think his movies are annoying you should see him rubbing it in after a loss! There is no way I’m losing to that freak.”

Lebeau: “There is no way we are giving up any touchdowns just so you can beat Pauly Shore in the playoffs.”

Rooney: “Shit. Another year where I’m not taking home the Beanie…Fantasy Sport’s most prestigious trophy!”

Tomlin: “With all due respect, Mr. Rooney, isn’t the Lombardi trophy more important?”

Rooney: “I have six of those things! I don’t have any Beanies!”

Haley: “You guys named your trophy after Beanie Wells?”

Rooney: “No Kurt Cobain named it for his daughter Frances Bean. He took home the league’s first Championship. One year later he blasted his own head off after losing to Pauly Shore.”

Rooney: “Well that may not be true. But you never know what might happen if Rivers doesn’t give me three touchdowns! It’s gonna be way worse than Biden making us wear those Bumble Bee uniforms. That smug asshole!”

Tomlin: “You guys all have way too much time and money on your hands.”

Rooney: “I’ll see if I can make a last minute trade. Jerry Jones has both Mannings. How do you guys feel about me throwing Pouncey in for reals? To sweeten the deal?”

Rooney: “Fine! But I’m not letting you guys touch the Beanie when I get it! You guys are going to feel really shitty when you walk by it every day, sitting in the trophy case with those Lombardis!” (Storms out of the room.)

Haley: “You don’think he’ll really trade Pouncey do you?”

Tomlin: “No, his dad won’t let him make any major decisions.”

Haley: “Damn politicians. Everyone thinks athletes live the life. Politicians have it twice as good and don’t have to do shit.”

Tomlin: “No kidding. Why do you think former athletes always want to go into politics. Not me, though. Nothing’s better than where we’re at right now.”

Lebeau: “You said it. Nothing I’d rather do than coach the rest of my life.”

Tomlin: “I bet those fucking Harbaughs want to go into politics someday. Those pieces of shit would fit right in. Kissing babies and shaking everybody’s hand! I’d sooner cut his throat than shake his hand again!” (Throws his chair through the window.)

Lebeau: “What do you say we take a break? Clear our heads. Take a stroll by the Lombardis.”

Tomlin: “Rooney better clear some space for two trophies this year. We’re putting another Lombardi in there next his Beanie.”