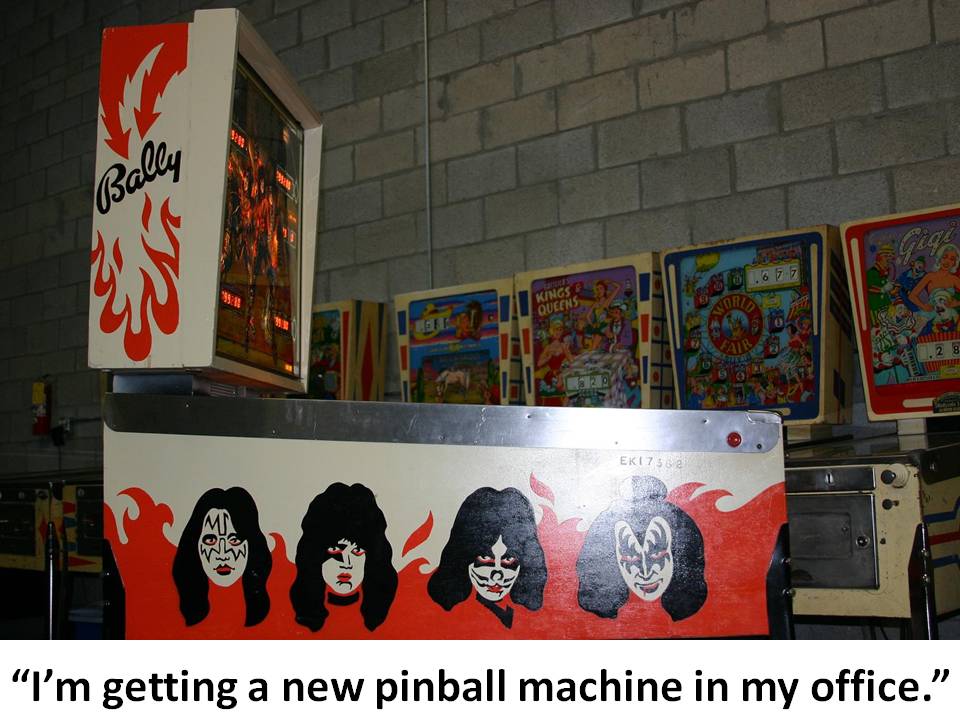 Tomlin:  “Week one, gentlemen. I hope you’re all ready for the season. Expectations as usual are another Lombardi and we need to get off on the right foot. Before we dive in, though, Mr. Rooney wants to say a few words.”

(Art Rooney II stands up to address everyone.)

Rooney:  “Well I haven’t had a chance to address all of you together yet. I just wanted to discuss the Arians firing. Sometimes in this line of business you gotta get your hands dirty. Arians is the only person I’ve had to fire in a long time.

Lebeau:  “What about Everest?”

Rooney:  “It’s not easy firing someone. But when you do– WOW, WHAT A RUSH! Like the best high ever. I can’t wait to do it again. “

(He pauses with his eyes closed and a huge smile on his face.)

Rooney:  “Who can I fire next?” (looks around the room and stops at LB coach Keith Butler) “You, Butler?”

Butler:  “What? You guys just gave me a raise. You said I’d be bumped up to coordinator when Lebeau leaves?”

Rooney:  “We also told Arians he was coming back for another season.”  (Everybody laughs.) “You better watch your ass Butler.”

(Lebeau rolls his left sleeve up to his elbow and sets his forearm on the table.  He plunges the knife into his arm as Butler gasps.  Then he cuts away his flesh to reveal a bloody cyborg skeleton made of bright metal and laced with hydraulic actuators.  The fingers are as finely crafted as watch parts… they flex into a fist and extend. Lebeau holds it up, in a fist. Then extends the middle finger at Keith Butler.)

Tomlin:  “Well that’s enough messing around. We got some work to do. First, let’s all welcome the new guy.” (gestures toward Todd Haley.)

Haley:  (Snaps out of a blank stare. unshaven and bloodshot eyes) “What the fuck are you all looking at?”

Tomlin:  “Fantastic. Let’s just jump right into work then why don’t we? I think red zone offense is a good place to start. That’s the area we could use the most improvement.”

Haley:  (stands up and urinates in the trash can in the corner) “Look, I don’t know how you did things with that crazy fuck Arians, but if we don’t put the ball in Roethlisberger’s hands in the red zone– we’re crazy. And you guys don’t think I’m crazy do you?” (looks around the room as he zips his fly.)  “WELL DO YOU MOTHERFUCKERS?!!!”

(Stunned silence. Rooney finishes rolling his own cigarette then lights it as he walks toward the door.)

Rooney:  “Well, this season is going to be fun. I’ll leave you guys to hash out the details. I’m getting a new pinball machine in my office and if I don’t catch the delivery guys my secretary will just let them put it anywhere. She just doesn’t understand the subtleties of the tilt like I do.”

Haley:  “How did you guys lose a playoff game to Denver? Seriously? Denver? Tebow? I would take Palko over Tebow anyday. And Palko was awful. In practice one time he threw thirty-five straight incompletions. I remember because after practice I made him run a mile for each one. He ran 19 before he passed out. 19 miles! How many can Tebow run?”

Tomlin:  “That’s all in the past now. Our approach is to always move forward. How about you get to work with Roethlisberger on some of those red zone ideas you have?”

Haley:  “Sure. I’ll have my people call his people.”

Tomlin:  “Wait? You guys STILL haven’t sat down and talked yet? Jesus Christ, when is this pissing contest going to end? Will you please just call him already and introduce yourself?”

Haley:  “I’m afraid I just can’t do that. There’s a method to my madness. But you have no right to judge me. It’s impossible for words to describe what is necessary to those who do not know what horror means. Horror… Horror has a face… and you must make a friend of horror.”

Tomlin:  “That’s enough about offense. Dick why don’t you tell us about how we’re planning to replace Farrior this season.”

(Lebeau stands up as blood spurts from his left forearm.)

Lebeau:  “Well it’s not easy replacing that guy. He’s a Hall of Famer in my book.” (Blood continues spraying everywhere…Tomlin shields his eyes from the spray.)

Tomlin:  “Dick, why don’t you go take care of that. Please. Jesus Christ, does every one of these meetings have to turn into a fucking circus?”

Tomlin:  (sighing) “Meeting adjourned. Everyone get the fuck out.”

Haley:  (whispering to Sean Kugler as they walk out the door) “Jeez. What’s up his butt?”

Kugler:  “Not sure. I never get any lines in these things.”