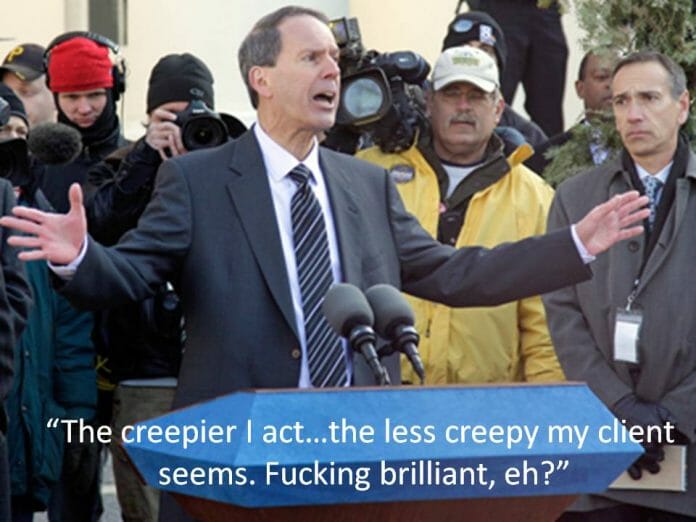 Sorry everyone. I’ve been getting lazy when it comes to posts this summer. Just taking in all the sweet sunshine. But then I blinked my eyes and HOLY CRAP! So much stuff happened this week. This might be the craziest June week of Pittsburgh sports ever. And here I thought nothing ever happens in June besides ***YAWN*** Pirates Baseball!

Let’s see…Staal got traded! I like the trade— more on it below. He got married too. Good for you, Staalzie! Congrats to you and your beautiful bride. Zbynek Michalek got traded too. Good thing I didn’t bother learning how to pronounce his name. He was a serviceable defenseman—but we could probably put the money to better use elsewhere. More than just big Pens news this week, though—Sandusky got his due! He’ll be a beautiful bride himself soon. He won’t be locked up for long, though. It’s only a matter of time before he gets a shiv in the eye or his crazy ass lawyer tries to bust his ass out of prison. Does ANYONE in their right mind ever hire Joe Amendola after this? I know defending that monster was an impossible task—but couldn’t he have at least PRETENDED TO TRY? I half expected him to just come out one day and take a dump on the courtroom steps then pick up the turds and start juggling them. “Hey, look at me! I’m juggling turds!” I’m going to miss Joe. Seeing him fuck up royally makes me think that if I had half applied myself in school I could have been a lawyer too instead of some asshole on the Internet. I could juggle turds. Great news on the verdict, though. Just when a lot of us were losing faith in the legal process—they go and TOTALLY REDEEM THEMSELVES.

Big Ben’s wife had a baby! Welcome to Pittsburgh little D’Brickashaw Roethlisberger! That’s not really its name. It could be, though. I don’t really know. I’m just going to pencil it in. Anyway lots of people think that now that Ben has a baby he is going to be sleep deprived and miserable (like all fathers) and he will suck like Flacco. Well, let me be the one to clear this up. Having a baby sucks. I know—I have three kids. But actually the worst part about having a baby (besides waking up at 3am and not being able to get it to stop crying and fighting every urge to throw it out the window) is trying to do all the other things that still have to get done—like work, laundry, mowing the lawn, cleaning, paying bills and fixing broken shit around the house. Well, I’m pretty sure Ben has the means to pay some illegals to take care of all this other shit for him. So he and his wife only have to focus on taking care of the baby—and FOOTBALL. And by the time the season starts that baby will be sleeping through the night, so Ben will be getting plenty of sleep himself. CRISIS AVERTED. Super Bowl here we come! By the way, Bill Belichick often throws a baby out a window during team meetings just to underscore the importance of that week’s game.

Back to the Staal trade. The Pens hosted the NHL Draft and made a big splash by trading Staal to Carolina. Like I said already—I dig it. He was under-used here anyway. He was on the third line and he killed penalties. He is a great two-way player and I think he will put up huge point totals on the first or second line in Carolina. But we just couldn’t use him like that here. He wasn’t ever going to surpass Crosby or Malkin to center one of our top lines. He wasn’t on the number one power play. Now we have a player in Brandon Sutter that belongs on the third line and is also a good penalty killer. He is also going to be much, much more affordable. We also got a couple of young defensemen, 6’ 4” Brian Dumoulin (who once killed a man in Juniors with a high stick. No he didn’t, I just made that up—but go ahead and spread the rumor anyway) and Derrick Pouliot whose name I will never learn to pronounce. We need defensemen. Hopefully one or both of these guys end up being solid players. I know nothing about either of them except that high-sticking incident in Juniors when Dumoulin killed a dude.

The biggest news of all this week, is one item that may have gone unnoticed by many of you. But not this guy! (I’m pointing to me.) Stan “The Man” Savran celebrated his 20th anniversary at Root Sports this week. (Even though Root Sports has only been around for like 2 years, but you get the picture—Stan has been on TV for a long time.) I remember watching Sportsbeat with Stan and Guy on KBL years ago and being FASCINATED. These guys are just talking SPORTS? FOR A WHOLE HALF HOUR? Awesome. Now everybody talks sports all the time on every channel. And assholes on the Internet write about it. (I’m pointing to me.) I did lose A LOT of respect for Stan, though, when he said this to USA Today in 2010 about the region’s reaction to the Ben Roethlisberger Milledgeville thing:  “I think his image has suffered…Almost 100% have kind of lined up against him.” 100 PERCENT??? REALLY SAVRAN??? EVERYONE BELIEVED THE BULLSHIT THAT SKANK WAS SPOUTING??? Thanks for speaking on 100% of our behalf and making the nation think we’re all a bunch of morons. Fuck you, Stan. Fuck you for joining in on the media witch hunt against Roethlisberger. Happy Anniversary anyway. Is Junker jumping out of a cake?

There you have it. June was even more awesome than I could have imagined. Lots of good stuff. Maybe next time I won’t wait so long to tell you all about it. Or maybe I will. I can’t commit to anything right now what with the kids on summer vacation making me crazy.

UPDATE: I’m an idiot. Mrs. Roethlisberger did not give birth yet. Apparently the gestation period for athletes’ babies is the same as regular folks like us. I apologize for the error. The  baby is due sometime during the season so I guess we’re fucked. I’m also sorry to report that Flacco finally succumbed to AIDS. His mom has AIDS now too.