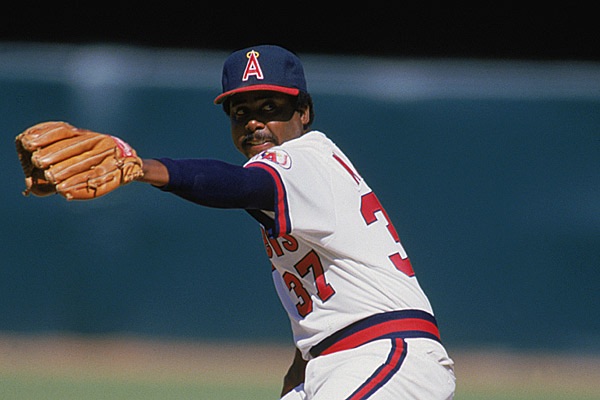 Michael Keaton’s latest film, Birdman, looks promising and I can’t wait to see it. The Pittsburgh native has always been one of my favorite actors. The other night I was reading about Birdman on the Internet before going to bed. I waste way too much time reading about movies. I usually decide it’s too late to watch one, but then I spend three hours on the Internet reading stupid shit.

By the way, for your convenience I ranked the 10 best Michael Keaton movies:

I’m sorry to say I have never seen Clean & Sober, so I had to leave it off the list. It was also hard to omit The Dream Team. I was in high school when I saw it and thought it was the greatest movie ever. But it doesn’t hold up as well as his other comedies. I also saw Night Shift for the first time when I was in high school and it stuck in my mind because it was freaking hilarious and there were so many boobs. Now I hate when movies have nudity. It’s too much of a distraction. If I see Nicole Kidman’s ass I cannot focus on anything else for the rest of the movie. I NEED THAT ASS. Vera Farmiga’s ass ruined Up in the Air for me.

Anyway, I was on Keaton’s IMDB page when I noticed he was in a movie called Game 6 which takes place in New York City during game 6 of the World Series on October 25, 1986 between the Boston Red Sox and the New York Mets. Of course that game is memorable because of Bill Buckner’s error (the Red Sox were winning the series 3-2 and the game was tied with two outs in the 10th with a man on 2nd when Mookie Wilson hit a ground ball up the first base line. It should have been a routine out for first baseman Buckner, but it rolled through his legs and the Mets scored the winning run. They went on to win the series in the 7th game). As I was reading about this movie, I came across a message board comment recounting the details of that year’s ALCS and the tragic tale of Donnie Moore, pitcher for the California Angels. I was a little kid back then and I knew all about Buckner’s error. I was too young to stay up for it, but I vividly remember my parents telling me about it the next day. We’ve all seen the video. I’ve even showed my kids– trying to teach them that even professionals make mistakes. I have never heard about Donnie Moore, though, and what happened to Buckner is nothing in comparison.

The Angels were beating the Red Sox 5-2 in the 9th inning of game 5 of the 1986 ALCS. They were at home and leading the series 3-1. Gene Mauch, who played second base for the Pittsburgh Pirates in 1947, was the manager of the Angels. He was in his 25th season as an MLB manager and had set a record for most wins by a manager without ever reaching the World Series. A record that still stands by a wide margin. Here he was with a 3 run lead and just 3 outs away; but it wasn’t going to happen for him. Don Baylor hit a 2 run home run with one out, to pull the Red Sox within one run. After the second out of the inning, with a man on first, Mauch called upon Donnie Moore, their right-handed closer to face a struggling Dave Henderson, a right-handed batter. It seemed like an easy out for Moore, who had been an All Star in 1985. The count was 2-2. The Angels were one strike away from the World Series and the crowd was on their feet when Henderson hit the next pitch high and deep to left field– another 2 run homer. The Red Sox took the lead, 6-5. It gets crazier.

The Angels actually tied the game in the bottom of the inning, seemingly getting Moore off the hook. They then had a golden opportunity to win the game with one out and the bases loaded, but they left the runners stranded. Moore remained in the game. Neither team scored in the 10th and then Moore let in a run off a sacrifice fly in the top of the 11th. Rarely does a relief pitcher get to blow it TWICE in the same post season contest. The Angels couldn’t score in the bottom of the inning and then got blown out in games 6 and 7. The Red Sox had won the pennant– two clutch 2-run home runs in the 9th inning of game 5– an improbable comeback. Gene Mauch would never reach the Series and for Donnie Moore things would get even worse.

Moore had issues with injuries, alcohol, depression and was rumored to be abusive to his wife Tonya. Lots of people (including some teammates) speculated that game 5 of that ALCS led to his downfall. He was mercilessly blamed for the loss by fans and media and accepted full responsibility. Others point to his injuries as the source of his off-field problems. In 1988 he was released by the Angels. He struggled in 1989 and found himself in the Kansas City Royals minor league system. At this point, he was also having financial issues– his income not keeping pace with his lavish lifestyle. Even his agent filed a grievance against him for unpaid commissions. His health was still an issue and he was released by the Royals in June of 1989. 25 years ago, on July 18, 1989 he shot his wife.

They were rumored to be separated at the time, however they were together in their Anaheim home with their three children on that day. They started to argue and Moore pulled out a gun and shot her three times in the chest and stomach. Their horrified 17 year old daughter drove Tonya to the hospital where she arrived in critical condition. Remarkably, she survived. It was even reported that despite her injuries, she walked from the car to the emergency room under her own power. She would eventually make a full recovery. Back at the house, alone with his two sons, a 7 year old and 10 year old, Moore shot himself in the head and died. The younger son was in the same room with him when it happened and called 911. I can’t imagine what those kids have been through– seeing their father shoot their mother and then himself. We will probably never know how much of a factor the 1986 ALCS Game 5 was in this terrible tragedy. In a New York Times article about the events, Loren Coleman, a research associate for the University of South Maine who studied MLB suicides, was quoted as saying ”It’s never just one thing that precipitates suicide.” Many of his teammates said he took the loss very hard, though, and he never got over it. As horrible as these shootings were, and despite Moore’s notoriety as a former MLB player, this wasn’t even the biggest story in California that day. Another high profile shooting would dominate the news.

21 year old actress Rebecca Schaeffer was killed on July 18, 1989, the same day that Donnie Moore shot his wife and committed suicide. Schaefer was shot in the doorway of her Los Angeles apartment by a stalker named Robert John Bardo, who is serving a life sentence in prison. Marcia Clark, of OJ Simpson-trial fame, prosecuted Bardo. Schaeffer had appeared in a few movies, but was probably mostly known for her role in the sitcom My Sister Sam. Her murder was chronicled in the first episode of E True Hollywood Stories. (Unfortunately, that is probably what she is most widely recognized for.) There was some good that came out of this tragedy, however, as California immediately enacted some anti-stalking laws. The murder and subsequent arrest of Bardo relegated the Moore suicide to second billing. She was a beautiful, young Hollywood starlet killed by a lunatic and he was a disgraced former pitcher who tried to kill his wife.

I started the other night reading about Michael Keaton movies when I came across one called Game 6 and a message board comment about that year’s ALCS and the pitcher who killed himself. I read as much as I could about Donnie Moore for the first time that night. What a shitty night. As I sit here watching this year’s World Series, I’m dumbfounded looking back at the 1986 post season and the events that unfolded afterward. Bill Buckner, Gene Mauch, Dave Henderson, Donnie Moore, Tonya Moore, Rebecca Schaeffer, Robert John Bardo and Marcia Clark — all connected in a bizarre and tragic series of events.