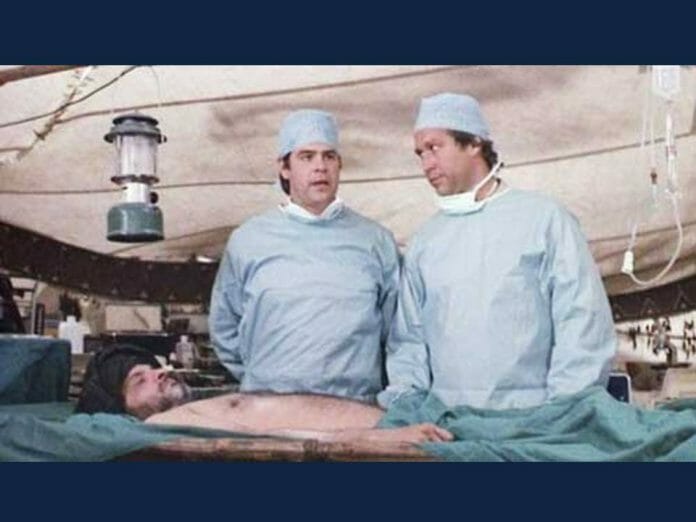 Unfortunately, injuries play a big role in the NFL. Players get hurt all the time, and whether or not a team can overcome those injuries can determine their success. As Steelers fans, we have endured our share of Steelers injuries.

Here are the 10 most significant as determined by SmorgasBurgh.com:

DeCastro’s injury in the pre-season game against Buffalo last week is what prompted me to write this article. The Steelers’ first-round pick in the 2012 draft, it was widely believed that DeCastro would be an immediate starter and a solid addition to the Steelers offensive line– one that is sorely in need of additional talent. DeCastro’s injury is not as serious as initially believed, and it is actually possible that he may return mid-season.

That is a relief to Steelers fans– but still a serious blow to a team that desperately needs to do a better job of protecting their quarterback. Hopefully, Ben Roethlisberger remains unscathed through the first half of the season and DeCastro returns for the second half to be the player we all expect him to be. For now, though, Steeler fans like myself are disheartened that we have to wait several more weeks before we get to see DeCastro’s debut.

Based on Malone’s less-than-stellar career as a Steelers quarterback, many fans probably don’t know that he was a first-round draft pick in 1980 with 4.4 speed. At the start of the 1980 season, with Terry Bradshaw as the starter at quarterback and Lynn Swann injured, Chuck Noll asked Mark Malone to fill in at wide receiver (THE ORIGINAL SLASH!). He did and suffered a knee injury in pre-season that would plague him for the rest of his career.

He did catch a 90 yard touchdown pass from Terry Bradshaw in the first regular season game, but he ended up needing knee surgery after the season and had to sit out an entire year. He never regained his world-class speed and without that aspect of his game, it is likely that he never reached his full potential as a quarterback. He was drafted as an eventual replacement for Terry Bradshaw, but he played his last game as a Steeler in 1987, only four years after Bradshaw retired. Who knows how good he could have been had he not lost the speed and elusiveness that made him a first round pick.

Pouncey was drafted in the first round in 2010 by the Pittsburgh Steelers and was immediately inserted as the starting center on an otherwise below average offensive line. He started all 16 games in his rookie year and was selected to the Pro-Bowl. By all
accounts he is the next in a long line of great Steeler centers. Against the New York Jets in the AFC Championship game in January of 2011, however, he suffered an ankle injury that would keep him out of the Super Bowl two weeks later. The loss was a devastating blow to the Steelers and one of the biggest stories leading up to the big game, as he was by far their best offensive lineman.

He was replaced by Doug Legursky who actually did a fairly decent job. It was actually guard Chris Kemoeatu who proved to be the weakest link on the line that day as he was beat in the first quarter causing Roethlisberger to get hit in the arm as he released a pass that was intercepted and returned for a touchdown by the Packer’s Nick Collins. Despite Legursky’s valiant effort, the Steelers lost the game. It could not have helped having Pouncey on the sidelines. The outcome of the game may or may not have been any different with him on the field– but we’ll never know.

Ben Roethlisberger takes a lot of heat for riding his motorcycle without a helment. He was not wearing a helmet on June 12, 2006 when 62 year old Martha Fleishman made a left turn into oncoming traffic colliding with Roethlisberger’s motorcycle at a Pittsburgh intersection. Roethlisberger was thrown through the air and suffered multiple injuries to his head and face. He had to undergo 7 hours of surgery at Mercy Hospital.

Remarkably, Roethlisberger recovered quickly and was ready to play for the start of the regular season– until he had to have an emergency appendectomy 5 days before the opener. He ended up missing that game and proceeded to have his worst season throwing a career high 23 interceptions and finishing with a career low passer rating of 75.4. The Steelers finished 8-8 that year, Bill Cowher’s last as head coach of the Steelers. By all reports, Roethlisberger was healthy, but it’s almost unfathomable to think that any professional athlete could sustain a serious crash and an appendectomy in the same off-season and still be able to perform at the same level. At the time the accident happened, there was concern over whether Roethlisberger would ever play again. The reason this isn’t higher on the list however, is because he did make a quick recovery and didn’t miss any games.

Against the Detroit Lions in the season opener, Woodson attempted to tackle Barry Sanders after a swing pass and blew out his knee on the artificial turf of Three Rivers Stadium. He would tear his ACL and miss all of the regular season and two playoff games. Carnel Lake moved from strong safety to corner that year to fill Woodson’s role. Lake would earn a Pro Bowl selection– demonstrating his outstanding athletic ability.

Bill Cowher did not put Woodson on injured reserve, however, allowing him to recover and play in the Super Bowl albeit in a limited capacity. They lost to the Dallas Cowboys, but Woodson did make a memorable pass deflection against Michael Irvin preventing a third down conversion. Unfortunately, Woodson would only play one more season for the Steelers, leaving as a free agent after 1996. He would go on to win a Super Bowl ring with the Baltimore Ravens.

Most fans don’t remember that Lloyd began his career much the same way in which it ended– with a serious injury. In 1987 he sustained a knee injury that caused him to miss the entire season and the first 7 games of the following season. Unfortunately that would not be the most devastating knee injury of his career. After earning three straight first team All-Pro honors in 1993, 1994 and 1995, in the 1996 season opener– a loss to the Jacksonville Jaguars– he suffered a torn patella tendon in his left knee and would miss the rest of that season.

The Steelers had to revamp their defense, moving Chad Brown from inside to outside and replacing Brown with Jerry Olsavsky. They still finished 10-6 that season but exited the playoffs in the divisional round against the New England Patriots. The following season, Lloyd would again suffer a serious injury mid-season. This time it was his ankle, and it developed into a staph infection ending his career as a Steeler. He still started 14 games for the Carolina Panthers in 1998 but was not nearly as effective, only registering 48 tackles and 1 sack. I still maintain that Lloyd would have been in the Pro Football Hall of Fame were it not for the injuries he sustained.

Jack Lambert injured his toe against the Kansas City Chiefs on the second play of the 1984 season opener. Turns out what seemed to be a minor injury would be a serious case of turf toe that would end the great Jack Lambert’s career. 1984 was already Lambert’s 11th season in the league, more than most NFL players for sure, but Lambert had every intention of playing in 1985 and beyond.

At the time he was quoted as saying, “I’ll tell you one thing, though, I’m not even thinking in terms of retirement yet.” Unfortunately, he was forced to. The toe injury limited his mobility and caused him considerable pain. 1984 would be the last season of his Hall of Fame career. He announced his retirement in July of 1985, on his 33rd birthday. I put Lambert’s injuries ahead of Woodson’s and Lloyd’s because his was career-ending.

Jack Lambert is not the only Hall of Famer in this list to have his career ended by injury. The Terry Bradshaw injury ranks high on this list. Bradshaw was bothered by elbow problems throughout the latter part of his career. He had elbow surgery before the 1983 season and missed the first 14 games. Cliff Stoudt replaced Bradshaw that season. When he finally did play on December 10, he threw a 10-yard touchdown pass to Calvin Sweeney against the New York Jets, but injured his elbow again and never threw another pass.

He was 35 years old and had a very successful 14-year career. However, when you consider that Tom Brady is 35 years old, Peyton Manning is 36 and Drew Brees will turn 34 in January, it makes you wonder how many more seasons Bradshaw could have played if not for his elbow injury. Also, would the Steelers have taken Dan Marino in the 1983 draft had they known that Bradshaw’s elbow was in worse shape than originally thought?

Ask any old-time Steeler fan what was the best team the Steelers ever had, and more often than not, the answer would be the 1976 one– the team that chased their 3rd consecutive Lombardi trophy but lost to the Oakland Raiders in the AFC Championship game. A huge factor in their loss was that both of their starting running backs, Franco Harris and Rocky Bleier, were out with injuries and did not play.

A third running-back, Frenchy Fuqua (the intended recipient of the Immaculate Reception, famous for his goldfish shoes), was also limited because of an injury and saw very limited action in the game. All three had been injured in the prior week’s 40 – 14 blowout of the Baltimore Colts. Franco Harris was an All-Pro that year, and both he and Rock Bleier rushed over 1,000 yards in the 14-game regular season, but without them in the AFC Championship game the offense struggled and the team lost 24 – 7 to the eventual Super Bowl champions. These Steelers injuries earn the number two spot because they potentially cost the Steelers a third consecutive championship.

This is a tragic story, and I don’t mean to trivialize what happened by including it on this list– but it is a significant moment in Steeler’s history and one that cannot be ignored. Rivera was the number one pick of the Steelers in the 1983 draft– the year they passed up on Dan Marino. He earned one of the best football nicknames ever, “Senor Sack” because of his stellar defensive play at Texas Tech University but he only got to display his talents with 2 sacks in 6 games as a professional in that 1983 season.

On the night of October 20, 1983, the 22-year-old crossed into the wrong lane on Babcock Boulevard in Ross Township and collided head-on with another vehicle. The other driver only suffered minor injuries, and walked away from the accident. Rivera, however, was not so fortunate. He suffered a serious spinal injury and was paralyzed from the waist down. He would later be charged with drunken driving and reckless driving from the night of the accident. His football career was over and his life would be forever changed.