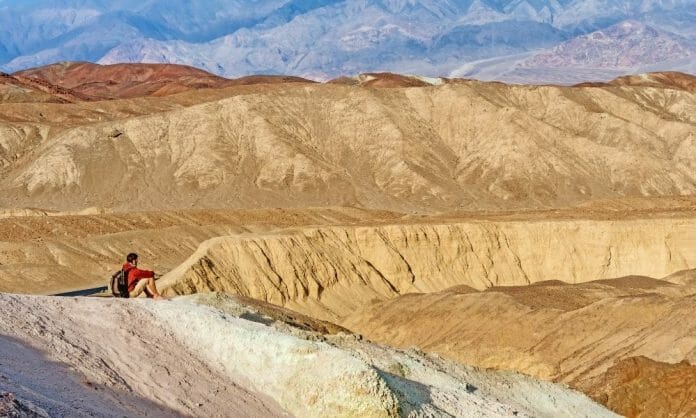 What’s the hottest place in the US? It’s not St. Louis in the summer, although with the humidity, it can certainly feel that way. What about that uncontrolled mine fire that’s raging beneath Centralia, Pennsylvania? Pretty hot, all right, but we don’t think that counts. No, we have to look to inland California and the lowest and driest spot on the map: Death Valley, where summer temperatures regularly approach 120 degrees and sometimes surpass 130.

Unless you’re extremely solar-powered, paying a visit to this hotspot is probably out of the question in the dog days of summer. As fall turns to winter, however, Death Valley gets quite a bit more temperate, giving way to an average high of only 64 degrees in November. That’s more like it. We’ve come up with a few reasons to visit Death Valley in the winter—a time when the valley gets a bit more livable.

Off-roading is always a thrill, but conquering the sand and rocks in triple-digit heat can put a terrible strain on your Jeep’s engine. Death Valley National Park is among the few national parks that permit off-highway vehicles to traverse their trails. Take advantage of this fact and take to trails that wind through the unique plant life of this region, featuring the creosote bushes, cactuses, and the twisted and gnarled Joshua trees that characterize the American Southwest.

Your Chance To Hike

If off-roading in the Death Valley heat is hard, climbing the rocks by foot is downright impossible—for most of the year, at least. One of the best reasons to visit Death Valley in the winter is that it’s your golden opportunity to take on what would otherwise be impassable paths. Not many people can say they’ve hiked hundreds of feet below sea level. Here’s your shot.

One of the best things about an area as thinly populated as this strip of land along the Great Basin Desert is that there’s no light pollution to get in the way of a vivid night sky. Bring your camera. Bring your telescope. And because the overnight lows in Death Valley get pretty crisp, bring a blanket. Document the early sunsets with your DSLR for some amazing landscape scenes, and then, as night falls, bear witness to some of the starriest skies you’ll find in the US. Death Valley is an official dark-sky preserve, keeping artificial light at bay so that the stars can truly shine.