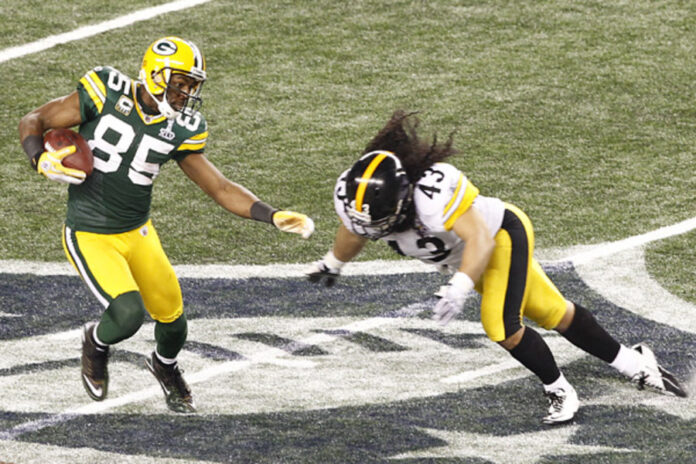 Many of us will be huddled around our TV with family and friends this Sunday evening watching the Super Bowl matchup between the Pittsburgh Steelers and Green Bay Packers. A critical component to these festivities is the food.

“We all like to eat,” says John Marshall, owner of John Marshall Catering. “And food is such a large part of that excitement and it goes together with the game. People enjoy having a good time eating food, drinking beer, and just being around friends and family.”

“Good food and sporting events go hand in hand,” he says. “Tailgating is a tradition no matter where you’re from, but especially in Pittsburgh. Additionally both food and sports are centered around friends and family.”

Marshall is especially busy this weekend because the Steelers are playing. Among the most popular items requested from his catering business for Sunday have been anti pasta trays, ribs, pulled pork, wings, and a Black and Gold sub ring.

“We have also been busy throughout this week with many guests purchasing these items for their office tailgate parties,” says Fitz.

Whether you’re ordering food from a caterer or preparing your own tasty menu, Marshall recommends keeping it as simple as possible.

“Some people like to go over the top when planning their menu,” he says. “I would keep the menu really simple so you’re not in the kitchen the entire time, missing parts of the game. Also, do most of the prep work early.”

Be sure to keep the meal planning fun, adds Fitz.

“Traditional local favorites are always key,” he says. “Keep to the theme of the game and your team colors. And be sure to plan ahead so that you can enjoy the day with friends and family.”

Fitz plans to make wings and crock pot items for the game.

“These are quick and easy to prepare and will hold well throughout the game,” he says.

At the Marshall household, they plan to have pulled pork with small rolls, Italian sausage, and pierogies.

“I try to make it small portions so it lasts throughout the day,” Marshall says. “I make my own salsa and guacamole, and fry my own chips. We also make tacos with shredded beef or chicken–these are things that are easy to eat rather than having to worry about it getting super messy.”

Besides catering, Marshall also has plenty of tailgating experience. He tailgates at every Steelers home game and helps prepare the food for about 65 other tailgaters. The menu consists of nearly 15 items including 3-4 types of chicken, 2-3 types of meats, such as New York Strip, Ribeye, and Tenderloin, as well as quesadillas, jambalaya, grilled pizza, pierogies sauteed  with butter and onions, hot sausage and kielbasa and kraut.

“It’s always a good time,” he says, “just hanging out with family and friends and having a great tailgate party before a Steelers game.”