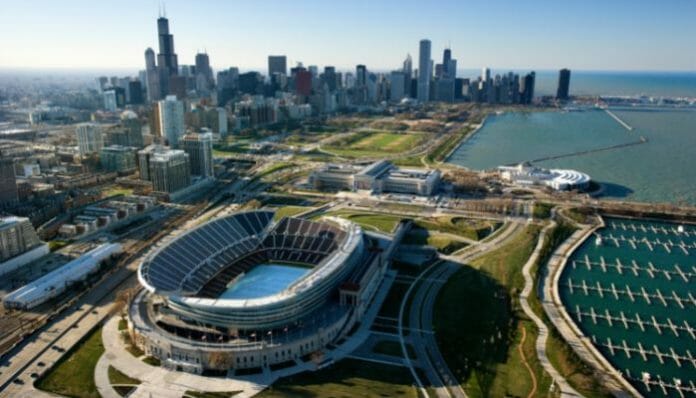 Like fans debate about their favorite football teams, they can also argue about which stadiums provide the best atmosphere. Whether you’re old-school or new school, these NFL stadiums offer the best fan experience.

Regardless of a football game or not, visiting Las Vegas is usually a good time, unless your luck is running bad. But the fact that Allegiant Stadium is an architectural masterpiece makes this a unique location for any fan.

The modern, retractable-domed stadium is the most current stadium on this list, and what it lacks in historical significance, it makes up for with style. The Raiders should be an exciting team to watch this season with a new head coach in Josh McDaniels and All-Pro wide receiver Davante Adams.

Jerry Jones might not know how to construct a winning football team, but the man knows how to make an unforgettable stadium. “Jerry’s World” should be on any fan’s bucket list, making it a popular attraction for anyone planning a trip, especially if they can sneak into the fan zone near the field. If not, you can get a good view of the action on the 160 feet wide and 72 feet tall jumbotron hovering above.

AT&T Stadium was the home of the Super Bowl in 2011, which saw the Green Bay Packers emerge victorious over the Pittsburgh Steelers. Surprisingly enough, they are still waiting to host their second big game, with the next three venues being Glendale, Las Vegas, and New Orleans.

Although Bane wasn’t a fan of Heinz Field in Dark Knight Rises, Heinz Field is a must-see attraction for any football fan. The stadium’s design is ordinary compared to the state-of-the-art venues today, yet its mystique warrants its inclusion on anyone’s bucket list. Even if you are a neutral party, any diehard football fan must experience the thrill of waiving the “Terrible Towel” with the rest of the crowd.

Lumen Field doesn’t have the “12th man” moniker because it’s not a fun place to be. The stadium, formerly CenturyLink Field, has given the Seahawks a distinctive home-field advantage for two decades. You could pencil them as a high-confidence pick in your NFL Pick’ Em pools for home games during that time. However, with Drew Lock replacing Russell Wilson, you can confidently pick against them this season.

Unlike baseball, there are very few stadiums that have historical significance. The only two stadiums with storied histories play in the same division and square off against each other, giving each team’s fan base two chances to buy tickets.

These NFL stadiums offer the best fan experience because of their innovative design or legendary status. Whichever you decide is more significant, you can start from there and work your way around the country—just make sure you have a plan to visit them all.