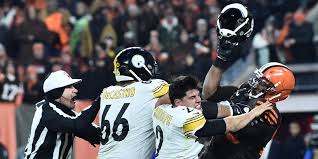 I had to drop my twelve year old daughter off at a sleepover Birthday party last night. I didn’t know the parents and my daughter had never been to their house before. To get her there, all I had to go by was plugging the address her friend texted her into Waze. There were three different houses with that address, but only one was nearby, so I assumed that was it. We got there a few minutes later. It was already dark out and there were no signs of a child’s birthday party whatsoever. No balloons. Only one car in the driveway. No other parents dropping their kids off. I was pretty sure it was the right place– but I was not 100% sure. She did not want me to come inside with her and I don’t blame her. I was wearing crocks and sweatpants and I had been drinking heavily that day. She got out of the car and from the driveway I couldn’t see the front door so I have no idea who let her in. Now, again, I was pretty certain it was the right place– but there was always the slight chance that I just delivered her to the front door of a pleasantly surprised murderous pedophile. I figured I would know for sure when I picked her up the next day.

The talk of the sports world this week is the Browns’ Myles Garrett and his batshit crazy attack on Steelers Quarterback Mason Rudolph. What nobody is talking about, though, is how Myles Garrett and Mason Rudolph are the two worst fucking names in the history of the NFL. Myles Garrett and Mason Rudolph should be the names of the keynote speakers during a symposium at Oxford’s School of Experimental Psychology. “Today’s lecture will feature visiting Professors Myles Garrett and Mason Rudolph on Social Psychology and the Science of Human Interaction followed by a reception of scotch and crumpets in the quad where Myles and Mason will select from an eager pool of coeds to entertain them for the balance of the evening.” Now that the NFL (and Jay-Z!) are trying to be more hip in an effort to distract us from the violence in the sport (Diontae Johnson was bleeding from the ear after a hit to the head! I didn’t even know that was possible), isn’t it about time that the NFL lets players make up their own monikers instead of using their real names, like the WWE? How awesome would it be if your team drafted a new Defensive Tackle named The Lawnmower Man? Or if your defensive backfield was led by two sexually ambiguous tag team safeties called The Frenchmen? (Inspired by the great Leaping Lanny Poffo). Also, when teams make substitutions in between plays, it should be way more exciting, like a third wrestler racing into the ring to disrupt an ongoing fight. Imagine Joe Buck screaming “Bird Face and The Richter Scale are coming into the game! I don’t believe it!” I didn’t watch the old XFL, but maybe that’s what the new version will be like. Anyway, I am going to take the lead on this and rename Garrett and Rudolph for the rest of this posting as Murder-Dong and Captain Smiley. I guess the old XFL already tried the nickname thing with guys like “He Hate Me”, but I’ll still take credit.

What Murder-Dong did this past Thursday night was certainly reprehensible, but pretty fucking entertaining. Nobody would have been talking about that shitty game afterward if it wasn’t for him ripping off Smiley’s helmet and hitting him in the head with it. I’ve heard many former players and media personalities talk about how it was something they had never seen before. Isn’t that why we watch sports? It was pretty awful, but also pretty memorable. It reminded me of other great helmet swinging moments in the past. Kyle Turley, while with the Saints, ripped a guy’s helmet off and threw it for a 15 yard penalty that cost his team the game. He was defending his Quarterback, not unlike Maurkice Pouncey kicking and punching at Murder-Dong. The Steelers own Mean Joe Greene once ripped a Philadelphia Eagles lineman’s helmet off and threw it in the stands. That means that some lucky fan out there has an authentic game-used NFL helmet as a souvenir. (If that person reads this, Smorgasburgh would welcome an exclusive interview to hear exactly how those events unfolded that day.) Mean Joe would not have lasted very long in today’s NFL. My personal favorite, however, is when Dwayne Rudd, of the Cleveland Browns, ripped off his own helmet during the last play of the game, and tossed it– costing his team the game. A very “Cleveland” way to lose.

Anyway, we can all pretend we are outraged by the events that transpired at the end of the game the other night, but really we should all be grateful for the bizarrely entertaining way that game ended. And for anyone wondering, my daughter is fine (at least nothing that Doctors Garrett and Rudolph won’t be able to help counsel her through.) Also, I would be remiss if I didn’t mention that Leaping Lanny Poffo was Macho Man’s brother. But I think most of you probably already knew that. Enjoy the shitty weather, folks. See you in another five years!