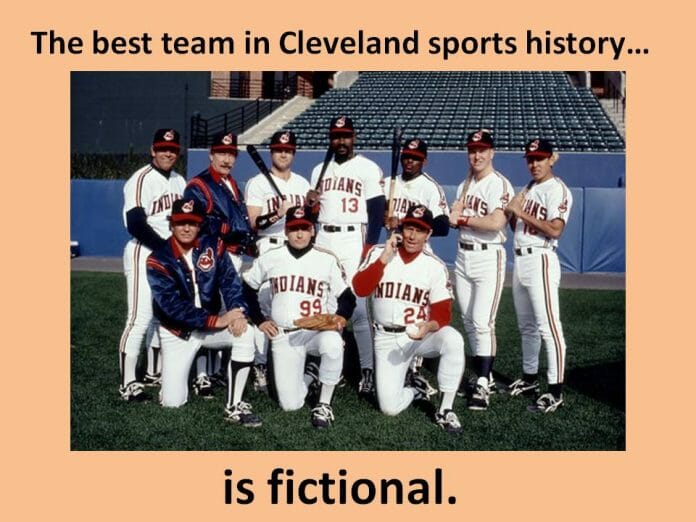 Cleveland plays Baltimore this Sunday.  Although I think the Steelers would do just fine in the playoffs in a wildcard spot (going to Houston or Oakland in the first round might as well be a bye), it would be so awesome seeing Baltimore lose the division even after beating the Steelers twice.  All those Harbaugh Gatorade baths for nothing!  So this week I’m rooting for Cleveland which I have never done before.  Ever.

It’s so hard to root for Cleveland, even for only one game.  Not because they are supposed to be our rivals—but because they are so shitty that you have to have a whole different mindset.  You have to be able to handle massive disappointment on a fairly regular basis.  You have to be hopeless and pathetic.  There is a lot of weeping.  Being a Cleveland fan is rough.  I had a lot of work to do if I was going to transform into one—even if just for a week. And it’s not just the Browns.  EVERYTHING about Cleveland is shitty.

I considered taking a few days off work to help simulate what it would be like to be a miserable, unemployed Clevelander.  But then I figured that nothing puts me in a worse mood than going to work anyway.  I did less than usual this week, though, because no one from Cleveland could ever be a productive contributor to society.  If I didn’t think it would jeopardize my job, I would have shown up hammered everyday wearing sweatpants and a Tim Couch jersey.  I spent most of Monday just reading stuff about Cleveland on Wikipedia.  Did you know that in 1978 Cleveland was the first major city to default on federal loans since the Great Depression?  Economics is not their strong suit.

By the way, I noticed Wikipedia is still asking for money.  What the fuck?   I thought it was “The Free Encyclopedia”?  How can that Facebook guy make like 50 billion dollars and Wikipedia is reduced to begging visitors for donations?  Sounds like someone had the world’s WORST FUCKING BUSINESS PLAN.  Sure, Wikipedia, we’ll give YOU money.  World hunger can wait—our kids need to do book reports!

I watched the clip of Lebron James making The Decision again.  Then I tried to pretend what it would be like if Sidney Crosby did something similar.  I would hate to see him go.  Especially in that fashion.  But we would still have the memory of him winning the Cup in 2008, so it wouldn’t be as bad.  Also, we’ll still have Malkin and Staal so we’ll still be really good.  Cleveland is so pathetic that we have no way to relate EVEN IN SOME BULLSHIT FANTASY SCENARIO.

I also decided to watch clips of John Elway beating the Browns in the playoffs.  Cleveland is the only city with multiple playoff disappointments that are immortalized into simple phrases that everyone associates with them.  “The Drive”.  “The Fumble”.  “The Indians”.  Being a Cleveland fan sucks more than you can imagine.  Just think about their opponent this week.  The original Browns just picked up and left Cleveland, where they first began play in 1946 (Thanks Wikipedia!), and went to Baltimore.  Now the Ravens have a Superbowl trophy and compete for the playoffs every year.  That’s like hearing your ex won the lottery.  Cleveland probably would have been much better off never getting the Browns back.  Their suffering would have been short-lived.  Instead now they have to suffer week after week, year after year.  Plus the NBA is coming back— with the last place Cavaliers. Cleveland just continues to get shit on.

Go Cleveland.  Tomorrow I have a long day of getting on message boards and bragging about how good Otto Graham was—70 YEARS AGO.  (This is the worst week ever.)  By the way, if the Browns don’t win, I’m sure the Ravens will find some other way to fuck it up anyway before the season is over.  You can take the team out of Cleveland, but you can’t the Cleveland out of the team.  Plus we’ll get to see the Ravens get ridiculously carried away again after winning another meaningless regular season game.  Maybe Harbaugh gets a statue this week!