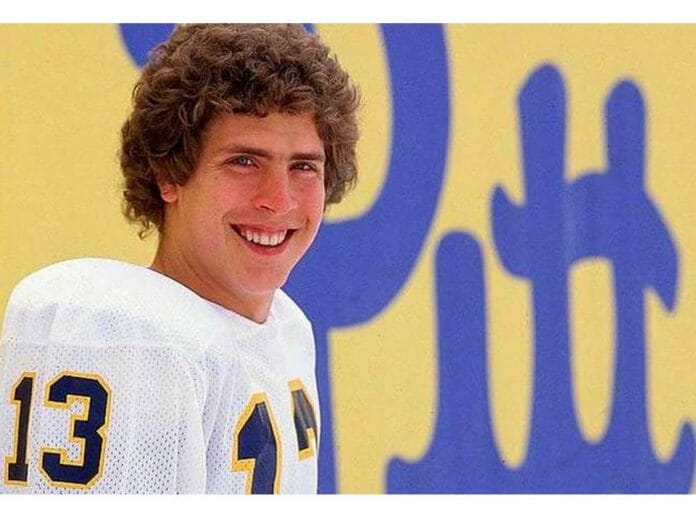 Before we get to Dan Marino, I just wanted to swallow my pride and say that the Ravens’ Super Bowl run was very impressive. After beating the Colts at home they beat two future Hall of Fame quarterbacks on the road in Denver and New England. Then they beat the San Francisco 49ers who were clearly the best team in the NFC. Well done. Although it still doesn’t change the fact that Ray Lewis has blood on his hands.

Dan Marino approached me once and tried to start a conversation, but I was too busy and pretty much blew him off. I’m that important. This was right in the middle of his stellar career too. When he was the best QB on the planet. That’s how I fucking roll.

I was in high school at the time, playing rhythm guitar in our high school’s jazz band (NERRRRRRDDDDDD!!!!!!!). We were playing a charity function and Dan Marino was there. He had donated a lot of stuff to be auctioned for this charity—autographed footballs, jerseys, etc. Anyway we were put in the corner and were just playing really quiet background music. ATMOSPHERE, FOLKS!

We were also given strict instructions not to fraternize with any of the guests. At one point during the night, Dan the Man (that’s what we called him back then), who was probably just trying to get away from all the rich assholes asking him if he’ll ever win a Super Bowl, walked over by his lonesome and stood there listening to us play.

We were all shitting bricks and whispering to each other—it’s Dan Marino guys…keep it cool! Anyway, after a minute or two of him nursing a drink and soaking up all the smooth jazz, he walked over to me JUST ME, FUCKERS and said, “Hey, did you see they’re auctioning off an Eddie Van Halen guitar over there?”

The best Quarterback of all time was trying to start up a conversation with me! And I was all like “WHAT THE FUCK, DAN? CAN’T YOU SEE I’M IN THE MIDDLE OF A PERFORMANCE? I don’t mosey on over to you while you’re calling signals at the line of scrimmage all like ‘hey did you see Joe Montana is doing the half-time show for NBC?’ And I don’t come up to you while you’re all nailing some skank who’s not your wife all like ‘hey did you know that Trojan uses a new pleasure charged-lubricant on their ribbed rubbers now?’ NO, DAN. I DON’T FUCK WITH YOUR SHIT SO LEAVE ME THE FUCK ALONE WHEN I AM ENTERTAINING THE MASSES! Put on your Isotoners and take a walk!”

Actually I just smiled and said ‘yes’ and then wet my pants. I may have also gotten a boner.

Anyway, he’s kind of a dick for humiliating his wife and family. USE PROTECTION, FOR FUCKSSAKE!

Now let’s just take a moment and ponder Marino’s career. Because we get all serious on this site every now and then. He pretty much owned every passing record in the league when he retired, yet only played in one Super Bowl (and lost). The greatest of all-time to never win one?

Don’t forget there is also Jim Kelly (who at least made it to four in a row which is pretty damn impressive), Dan Fouts (who always put up big numbers but couldn’t really win in the playoffs like some other Chargers QB we all know), Fran Tarkenton (who lost three Super Bowls) and Warren Moon (a Hall of Famer who came pretty close with some good Houston teams. I would say these five are the Mount Rushmore of great Quarterbacks who never won the big one. And I would definitely say Marino is the best of them (which he is probably sick of hearing.) I left Archie Manning off the list because he’s the most overrated Manning of all. Quality sperm, though!

Who’s to blame for Marino’s lack of Championships? Don Shula coached him for 13 years. It’s hard to criticize a hall of fame coach who has made it two 6 Super Bowls (winning two of them) and coached the only undefeated team in the Super Bowl era—but maybe Shula stayed in the game a little too long? He was rightly criticized for never having complemented Marino with a running game and not shoring up the defense during Marino’s entire career. Shula’s career declined the older he got. He finished with 8 wins or less five times in the last ten years he coached—right in the prime of Marino’s career. It’s hard not to place some of the blame with Shula.

Maybe Marino was also a victim of circumstances? He had the misfortune of playing in the AFC East when the Bills had their dominant run. The Dolphins lost three playoff games to the Bills during his career. He also lost once to one of John Elway’s great Broncos teams. And when he did make it to the Super Bowl, he had to face the San Francisco 49ers with Joe Montana and their innovative west coast offense. Marino also played half of his career before the NFL expanded to 6 playoff teams in each conference in 1990—and his teams missed the playoffs four consecutive times in those early years.

Of course, though, some of the blame has to fall on Marino himself. He played poorly in a couple of those playoff games against the Bills—especially in 1993 when the Dolphins were coming off a pretty good season. He completed only 49% of his passes with 2 interceptions that day. And he had some really poor playoff showings late in his career under Jimmy Johnson. He had a 29.3 passer rating against the Patriots in a 1997 playoff loss and a 34.6 rating against the Jaguars in a 62 – 7 blowout—the last game of his great career.

Marino was a great quarterback that was exciting to watch. Some of my earliest memories of watching football were of his high-scoring shootouts early in his career. I remember when he handed the 1985 Bears their only loss on Monday night and I was crushed when he beat the Steelers in the AFC Championship game the year before. I love that he still talks about his roots in Pittsburgh any chance he gets and I know that he is an extremely charitable person. It’s just a shame that he has tarnished his greatness some by cheating on his wife. It’s just another reminder that star athletes are just as human as the rest of us. Except they get all the bitches.