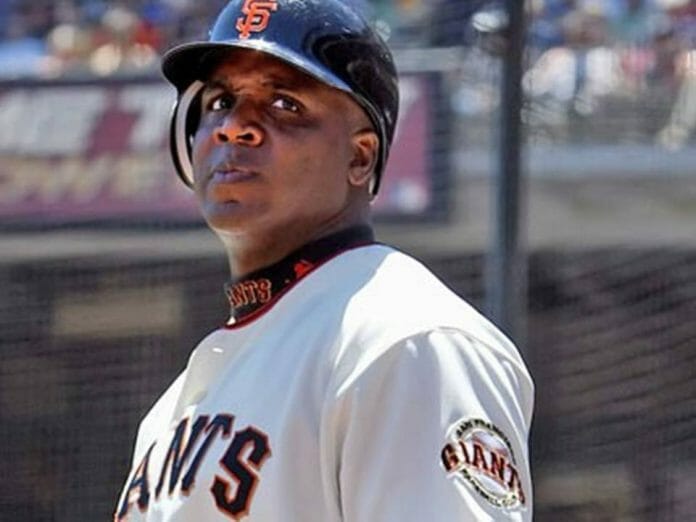 I came across a Gene Collier column on PostGazette.com recently that reminded me why I never read the Post Gazette anymore. For any of you that haven’t heard, Barry Bonds said last week that he thinks he should be in the Hall of Fame— which is the understatement of the year. OF COURSE he belongs in the Hall. He has the most Home Runs ever. The most in one season. He had 8 Gold gloves and was an MVP 7 times. He is one of the very best players EVER. Who wouldn’t vote him into the Hall?

Crotchety old Collier doesn’t thing Bonds deserves to be in the Hall because of his “character”. Another fucking righteous asshole who thinks that the Hall of Fame should be for choir boys who serve gespacho at homeless shelters on their off-days. He starts by mocking Bonds for saying that he repects the hall of Fame:

Big surprise there, since it would appear he respects a small-town New York museum more than he respected Hank Aaron and Babe Ruth, whose records he assaulted under the head-growing influence of a variety of pharmaceutical muscle builders.

Sammy Sosa and Mark McGwire had already begun an assault on the records books— both surpassing Roger Maris’s single-season home-run total multiple times. The same Sosa and McGwire that are ALSO SUSPECTED OF STEROID ABUSE.

There is very little doubt in my mind that Bonds used some kind of illegal substance. BUT SO DID A LOT OF OTHER PLAYERS IN THAT ERA. Including pitchers who were throwing to him. Baseball was fucked up for the last 25 years or so. Are they going to keep all of those guys out of the Hall because of it? Does anyone really know who was using and who wasn’t? NO. Do we really know that players from 100 years ago weren’t using some ancient concoction made from buffalo cum to help gain a competitive advantage over their peers? No, we don’t fucking know. Players have cheated in baseball for years. I do feel for those who played by the rules and got lost in the shadows of those who didn’t— but we’re not talking one or two cheaters. There were many.

The real reason that Collier probably doesn’t want to vote for Bonds is because Bonds was a dick to him. There are very few media members in Pittsburgh who will say that Bonds was nice to them. Scott Paulsen is one of them, but he seems like a real dick, so that actually just tends to make believe that Bonds really was one too. (Although I met Bonds once and he was very gracious to me.)

Another excerpt from Collier’s article:

I learned about 25 years ago that trying to understand what Barry Bonds is saying is a true fool’s errand. He often starts with some deluded premise, wanders tantalizingly close to logic and even insight, then goes full circle back to what-the-hell-is-he-talking-about.

THAT PERFECTLY SUMS UP EVERY FUCKING COLUMN THAT COLLIER HAS EVER WRITTEN.

Now, I admit I have never liked Gene Collier. I never saw “The Chief” but I hear it is excellent (although you could probably write a play about a Heinz Field hot dog vendor and everyone in this town would say it was excellent. (I would actually watch that.)) I have never found Collier to be funny or insightful. Only very dull and condescending. His tired attempts to impress with his vocabulary are misplaced and annoying. No surprise then, that I would be completely irritated by this latest offering.

Voters are specifically instructed to consider integrity, sportsmanship and character in addition to statistics, ability and contributions to the team(s).

WTF? Integrety? Character? HOW THE FUCK are you supposed to judge a player’s integrity and character by watching them play baseball? Are voters supposed to interview players’ high school classmates or neighbors before deciding to vote on them? I can’t make a judgement on Bonds being a swell guy based on the one time I met him. Collier can’t possibly have a contrarion view based on interviewing him either. Besides, if Bonds was rude to Collier, it could have been because of a critical piece that Collier wrote. Players are not robots. They have emotions too and many can react differently to how they are portrayed by their critics. For all the media knows, Bonds could go home and be the best father in the world.

Even though the Hall of Fame instructs voters to consider integrity and character, voters should use some common sense when deciding the extent to which those traits should be taken into account. The game’s greatest home run hitter would have to do something very egregious to be kept out. Like blow up a children’s hospital.

I can almost understand the argument that Bonds doesn’t belong in the Hall because of steroids, but Collier prefers to concentrate primarily on his character instead. He goes on to explain allegations from Bond’s ex and then gleefully adds this quote:

“He said he’d cut out my breast implants because he paid for them.”

Violence toward women is reprehensible, but as far as threats go, that is HILARIOUS. Bonds may have had issues, but I’m not going to take my kid to the HOF some day and tell him about Barry Bonds and then say “oh by the way, he threatened to cut off his ex-wife’s tits”. BECAUSE THAT SHIT DOESN’T MATTER WHEN YOU’RE TALKING ABOUT BASEBALL. I will definitely tell my son about the steroids. That was a big part of baseball over the last 25 years or so. But there will be no mention of alleged titty slicing.

If we get very literal for a moment— the name of the place is ‘Hall of FAME’. Hitler was one of the most FAMOUS FUCKING PEOPLE IN HISTORY. There are 88 Million results if you google “Bin Laden”. People can be famous for doing crazy, awful shit. Baseball players as well. If you don’t want to put those players in then change the name to the Hall of Very Nice Players and have two dozen Cal Ripken Jr. exhibits.

You could write a software program overnight that would tell you definitively who is and isn’t a Hall of Famer if it’s merely a statistical question.

YES. THAT IS THE PERFECT SOLUTION. Thank you for finally writing something that makes sense. The Hall of Fame does not need you media people fucking everything up year after year.

Collier ends his column with this grand statement about our children’s children:

For all we know when Roberto Clemente died he could have been making a drug run to Nicaragua and his plane was shot down by a rival cartel. I am not insinuating that this is true. BUT WE DON’T REALLY KNOW DO WE? We do not know much about players’ personal lives. Jerry Sandusky’s crimes were hidden for years after he retired. Don’t punish Bonds for things we suspect he did when there are other players who may be in the Hall who could have done worse. (Ty Cobb may have killed a man.) Don’t punish Bonds for the home runs he hit using performance enhancing drugs when many of his peers were doing the same. Do we know for sure that Griffey wasn’t using? or Pujols? or Ryan Braun?

Put Bonds in the Hall because of his home runs, his golden gloves and his MVPs. Put him in the hall because he was an important piece of baseball history at a time when baseball was probably more fucked up than ever. Remember they canceled a World Series? Baseball isn’t a perfect fantasy land where none of the players take drugs or fuck groupies or blow off reporters. Hall of Famers are just as fucked up as the rest of us, only they are much better at hitting ’em long.