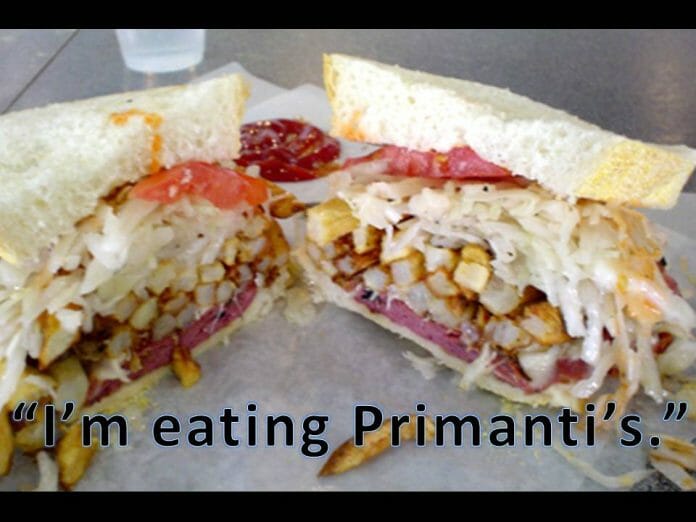 Rooney:  “Seven-twenty-two in the morning.  Who were you just talking about?”

(The two of them are walking down a long hallway, heading to their meeting at Roger Goodell’s office.)

Tomlin:  “I wouldn’t go so far as to call the brother fat.  He’s gotta weight problem.  What’s he gonna do, he’s Samoan.”

Tomlin:  “Well, looks like me and Arthur caught you guys at breakfast.  Sorry about that.  Whatcha eatin?”

Tomlin:  “Hamburgers.  The cornerstone of any nutritious breakfast!  Me, I can’t usually eat hamburgers cause my wife likes to go for Primantis.  Which more or less means I’m eating Primantis.  But I sure love the taste of a good burger.  Mind if I try one?”

(He grabs Roger’s burger and takes a bite of it.)

Goodell:  “I just want you to know how sorry I am about how fucked up things got with us here in the league office.  When we entered into this thing, we only had the best intentions…”

(As Roger talks, Rooney pulls out his gun and shoots DeMaurice Smith three times in the chest.  Roger stops in disbelief mid sentence.)

Rooney:  “Oh, I’m sorry.  Did that break your concentration?  I didn’t mean to do that.  Please, continue.  I believe you were saying something about ‘best intentions.’”

(Tomlin reaches over and grabs Goodell by the collar.   He pulls him up out of his chair and yells into his face.)

(Rooney takes his gun and presses the barrel hard in Goodell’s cheek.)

(Bruce Arians and Dick Lebeau walk in through the open door.)

Arians:  “I’m hungry and Dick had to piss.  You want him to piss in his pants?  That wouldn’t sit well for the ride home.”

(Rooney is over by the television.  He opens a briefcase full of video tapes.  He’s mesmerized for a second as he stands there looking at them.)

(Tomlin lifts his gun to finish off Goodell but Lebeau stops him.)

Lebeau:  “There’s this thing I got memorized.  It seems appropriate here.  I’ve been saying this shit for years.  I never really questioned what it meant.  I just thought it was a cool thing to say.”

(Lebeau clears his throat and begins.)

Lebeau:  “Twas the night before Christmas, when all through the house…Not a creature was stirring, not even a mouse.   The stockings were hung by the chimney with care …”

(Just then someone bursts into the office from the back room, screaming at the top of his lungs with a bag of footballs.  It’s Tim Tebow.  He throws the balls at Tomlin and the rest of them,  firing as hard as he can.  He goes through the entire bag—a dozen balls—in just seconds.  He doesn’t hit anyone.)

Tomlin:  “What the fuck is Tebow doing here?”

(Tomlin and Rooney both bring their guns up and riddle Tebow with bullets.  His lifeless, bloody body slumps to the ground.  Then they shoot Goodell, whose body doesn’t bleed.)