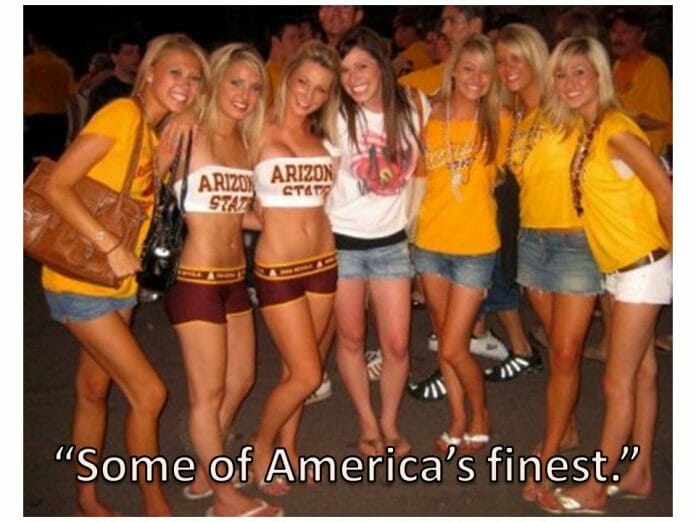 Tomlin:  “Big day today, Men.  Road trip.  And you all know what we like best about being on the road.”

Tomlin:  “No, not that…..focus.  No wives, no children, no girlfriends, no videogames.  Focus!  Just the task at hand.  We focus on the contest and only the contest.”

Arians:  “Oooh!”  (holds up his blackberry)  “Wiz just invited us to his place for a barbecue Saturday night!”

Tomlin:  “Put me down for Bratwurst.”

Lebeau:  “Bratwurst?  Is that going to keep on the flight?”

Tomlin:  “I’ll just throw em in Hampton’s cooler.  Now what was I just talking about?”

Lebeau:  “Dammit, BA, he was talking about focus!  Not that hippie bullshit!”

(Arians plays a little of Krokus’ “Screaming in the Night” on his blackberry.)

Tomlin:  “Alright, men….calm down.  We need to focus ourselves.  Make sure the team knows that this is a business trip.  We’re going to Arizona to win a football game!  And maybe some delicious barbecue.  And a little Krokus on the iPod for the flight— you may have me hooked, there, BA.  They are rockin.”

Special Teams Coordinator Al Everest:   “Excuse me, Coach, I was thinking maybe we work in a surprise onsides kick this week—you know that one I’ve been working on in practice?”

Tomlin:  “That’s Special Teams Coordinator Al Everest.  You met him like a hundred times.  He’s in this meeting every week.”

Everest:  “I sit between you guys on the plane.”

(Blank stares from Lebeau and Arians.)

Tomlin:  “Look, we all know Special Teams is just as important a facet of the game as offense and defense.”

(Everyone bursts out laughing including Tomlin and Everest.)

Everest:  “I didn’t even get an invite for the barbecue Saturday night.”

Tomlin:  “Yes, Sir.  I was just telling my guys here that we need to get focused.  This is a business trip and our one and only mission is victory.”

Rooney:  “I like that.  But maybe we let our guard down a little and find some nice ASU honeys down there for a little pre-game action?  Know what I’m sayin?”

Tomlin:  “It would be a shame to fly all the way down to Arizona and not sample some of America’s finest!”

Rooney:  “One thing, though, we may have a little bit of an issue with Harrison on the flight.  Seems his pain medication would interact with the pills he takes to get through a flight.  He may have to fly unmedicated this time around.”

Lebeau:  “Jesus!  Last time we tried that he damn near threw a drink cart out the emergency exit.  He was like a caged lion on that flight.”

Arians:  “Good thing Keisel had his tranq gun on him.”

Rooney:  “Don’t worry, I think we may have a solution, though.  Bring him in!”

(Two trainers come through the door wheeling James Harrison in a dolly.  He’s wearing a strait jacket and mask ala Hannibal Lecter).

Tomlin:  “This might just work.  You okay in there, James?”

Tomlin:  “He’s riding down in the cargo section, though.  He’s kind of freakin me out.  And did anyone check his carryon for firearms?”

Arians:  “Oh, I got plenty of firearms.”  (Opens his own carryon to reveal several handguns packed between issues of Golf Digest.)

(Blank stares from everyone.)

Rooney:  “Calm down, Mikey.  We’re all grown men here.”  (He opens his sport coat to reveal his piece in a holster.  He pulls it out and empties the bullets into his hand.  The black gun and the bullets combine to display some familiar colors) “Black and gold, baby.”