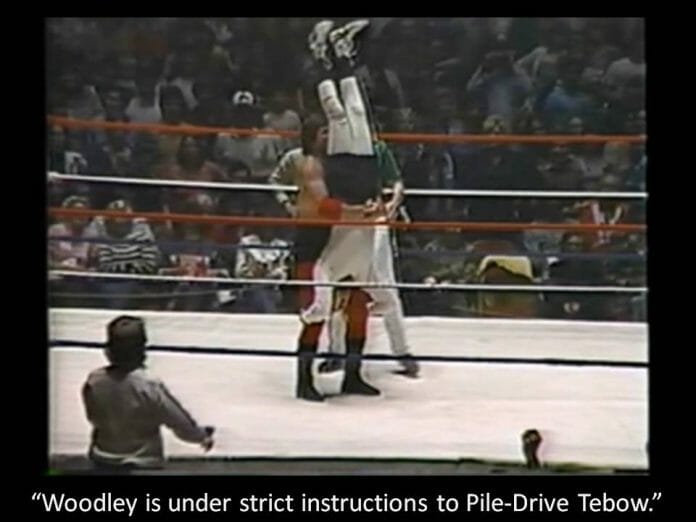 Tomlin: “I’m not going to sugarcoat it, men…we lost because we didn’t make the big plays. Not on offense. Not on defense. Not on special teams. (pauses) Anybody know where Todd is?”

Lebeau: “He was in his office this morning. Didn’t seem right. I knew hiring that lunatic was a bad idea. At least Arians was never a threat to go postal. (pauses) He just made everyone else want to go postal.”

(Todd Haley bursts through the door in a drunken stupor. He fires an empty bottle of vodka against the wall.)

Tomlin: “C’mon now, Todd. We need you to get it together. That was just one game. We have the New York Jets to focus on. Let’s just all move on.”

Haley: “I can’t do that, Mike. I just can’t.” (Pulls a gun out of his pocket and puts the barrel in his mouth when several coaches jump up to stop him. They wrestle the gun away from him.)

Lebeau: (holding the gun.) “It’s playdough. It’s not a real gun. It’s made of playdough.”

Art Rooney II: “See guys? It’s because of stuff like this that my dad won’t let us be on Hard Knocks. (shakes his fist) That Stephen Ross is going to be so smug at the Owners’ Meetings this year.”

Tomlin: “Can someone please take Todd out of here?”

(Quarterbacks Coach Randy Fichtner puts an arm around Haley and starts toward the door.)

Fichtner: “C’mon Todd. Let’s go get something to make you feel better.”

(Fichtner and Haley exit the room.)

Art Rooney II: “I miss sharing a stadium with the Pirates. Those guys had blow lying around everywhere.”

Tomlin: “Don’t blame me. Art made me hire him. He and Todd’s old man go way back.”

Art Rooney II: “That’s right…way back! We had some fun times together me and old Dick Haley! What memories! What a ladies man! Ha Ha! We played wingman for each other more times than I could remember.”

Tomlin: “Okay, we’re getting a bit off track…”

Art Rooney II: “It’s amazing how much ass a Super Bowl ring can get you. And we had four! Damn near wore myself out. Heck I think I had gonorrhea eighteen times! That’s why Grandpap didn’t want cheerleaders! He didn’t want that gonorrhea shit floating around all season long.”

Tomlin: “With all due respect, Mr. Rooney, we love learning about the history of our organization, but don’t you have other matters to attend to?”

Art Rooney II: “Not really. (pauses) Good thing we didn’t have AIDS back then or we’d all be dead.”

Tomlin: “Thanks, Mr. Rooney. Very enlightening. Alright, nothing but business from here on out. The Jets are a formidable opponent and we need to atone for last week.”

Lebeau: “My defense is going to be ready. It will be nice to have Ryan Clark back. Maybe even Harrison. He’s been improving more and more every day.”

Tomlin: “Should we talk about Tebow?”

Tomlin: “Well we need to talk about the Wildcat. What if they pull that shit with Tebow? Are we ready for it?”

Lebeau: “Woodley is under strict instructions to pile-drive Tebow into the turf if he ever touches the ball. I don’t think we need to worry about Tebow this time around.”

Tomlin: “Good. If Tebow beats us again I may have to pile-drive him myself. Sean, do we have the sandwich order ready?”

Kugler: “Two dozen Primantis, just like you said. They’ll be delivered to Rex Ryan’s room every couple of hours starting Saturday night. Still not sure what this is about, though.”

Tomlin: “Rex did that gastric bypass thing. He’s physically incapable of eating more than one Primanti sandwich. But I know that he can’t resist. He may kill himself trying to stuff as many into his stomach as he can. At the very least he’s going to be very sick. Anything to distract him from the game.”