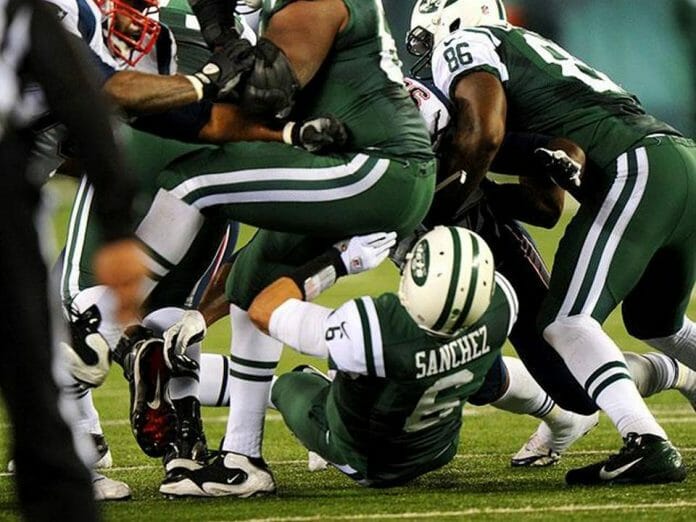 A lot of fans around Steeler Nation have taken this two game slide very hard. A lot of them have reacted with anger, searching for the right person to blame. (I still blame Arians.) Others have just been very depressed. The reality is that the Steelers have played the last two games without their two best offensive players, Roethlisberger and Antonio Brown, and with multiple injuries on their offensive line. Some teams may be able to overcome injuries to a couple star players, or injuries on the offensive Line, but injuries to both are far too much for any team to overcome. The remarkable thing is that the Steelers have kept both games very close. How did the Colts do last year without Manning? A league worst 2 – 14. And without Matt Schaub last season the Texans did pull out a few wins, but finished the season losing 4 of their last 5. (Matt Schaub is second only to Byron Leftwich when it comes to being injury prone. I once saw him pull up with an injury after running out of bounds TO AVOID CONTACT. It is only a matter of time before he tears his rotator cuff fapping in the shower and the Texans season is over.)

One silver lining is that the Steelers Defense has been stellar lately, and will only get better with a healthy Troy Polamalu. Another silver lining is that Roethlisberger is starting to throw and there is a very good chance that he will be making his return against San Diego at home– just in time to salvage the season. Yet another silver lining is that the AFC is putrid this year, and 9 – 7 is all it will take to land a wildcard spot. (Wildcard teams have won 3 of the last 7 Super Bowls– and that doesn’t include the Giants last year who won their division at 9 – 7.) How horrible would it be if Bruce Arians’ Colts beat out the Steelers for the AFC’s last playoff spot? WTF, YOU WERE SUPPOSED TO DISAPPEAR AFTER WE FIRED YOUR ASS. PLAY SOME GOLF!

As you can see, there are lots of reasons to be optimistic right now, even if the Steelers lose again on Sunday. Winning with Batch at QB again will be an almost impossible task, but the Steelers may just get an opportunity for vengeance in the first round of the playoffs at Baltimore. That is a very real possibility– but we still have a lot more games to go. What I really wanted to focus on now is that no matter how awful the Steelers looked with 8 turnovers against the Browns last week, not one of those fumbles was anywhere near as ridiculous as Mark Sanchez’s AssFace Fumble on Thanksgiving night. Or as I like to call it, THE GREATEST PLAY IN NFL HISTORY.

I know I’m about a week late, but I feel like not enough has been made about this hilarious play. (And I had shit to do and didn’t have time to give my two cents earlier.) Sure, we’ve all watched the replay dozens of times, but has anyone really analyzed it? Every little detail? That’s what I’m here for.

As we later learned, Sanchez was supposed to hand the ball off, but he had turned the wrong way after he took the snap. HOLY SHIT, SANCHEZ, HOW MANY TIMES CAN YOU FUCK UP IN ONE PLAY? So after he realized his error, there was nothing he could do but tuck the ball in and take off running. You know there was only one thought going through his mind as he took off:

I CAN DO THIS. I CAN BE LIKE TEBOW!

Sanchez is actually a fairly mobile Quarterback. I’ve seen him scramble for big plays. I’ve seen him score on a bootleg against the Steelers. So it may have been a gift from some higher power when at that moment, in front of a nationwide audience, he approached the line of scrimmage with all the grace of a newborn giraffe stuck with a tranquilizer. There was actually room to run, so I have no idea why he headed straight for his lineman Brandon Moore’s ass. One theory is that as he was scrambling, he lost focus as he glanced toward the sidelines looking for Tebow, like “Look at me, bro. I can do anything you ca…FUCK!“

The collision with Moore’s ass was remarkable. Had it been a defensive player, there no doubt would have been a flag and a fine. Sanchez’s face strikes the ass with such force that his head slams into the turf on the ricochet. It’s amazing that Sanchez wasn’t concussed on the play. (It would have been enough to kill Leftwich.) The physical punishment doesn’t end there! After the collision, Moore lands right on Tebow. All 305 pounds of him.

Of course, during this entire clumsy display, Sanchez drops the ball. A clean fumble. This is the key component of the entire play. Had he held on to the ball, it would have just been some stupid looking play and a short loss. BUT HE FUMBLED. HE RAN INTO HIS OWN GUY AND FUMBLED.

And it got worse. As you all well know, Steve Gregory scooped up the ball and returned it for a Patriots touchdown. If you watch the video closely, Sanchez is the only Jets player who had a shot at tackling Gregory. As he lay on the ground, he made a feeble lunge at Gregory’s feet but misses and just kind of hangs his head in shame.

Let’s summarize. In one play, Sanchez manages to:

This play will live in infamy with other sports classics like the home run off Jose Canseco’s head, Leon Lett’s fumble in the Super Bowl and Jim Marshall running the wrong way. But this one tops them all. It’s that funny. I don’t even hate the Jets or Sanchez. I respect them for beating the Patriots in the 2010 playoffs. I respect them for putting up a valiant effort against the Steelers in that year’s championship game. But I will crack up every time I see the replay of this fumble. Poor Sanchez. At this point he probably wants Tebow to start ahead of him– just to put him out of his misery. If you haven’t seen it yet, there is also a great video of Jets fans jeering the team at halftime of the game.

Writing this, I couldn’t help thinking back to that Jerome Bettis fumble against the Colts in the playoffs. Thank God that Roethlisberger made the tackle, because Bettis would still be a laughingstock. I still shudder when I think of it.

As bad as the Steelers have been these last two games, it’s nowhere near as bad as it is in New York right now. Be grateful.