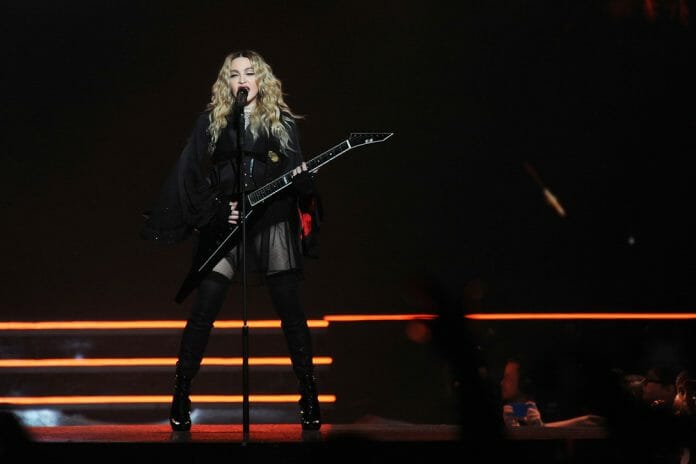 Having extensively covered the Britney Spears conservatorship trial, the one question I was most frequently asked is how did this all start anyway? How was it possible for anyone, including Britney’s family, to place her under a conservatorship?

It’s difficult looking back at the exact fact set that close to fourteen years ago started Britney’s conservatorship. If we could relive today the issues Britney was having then, could we tell whether there’s a potential celebrity conservatorship in the making as it’s happening in real time?

Enter Madonna, who was an outspoken supporter of Britney Spears in her conservatorship battle.

With Madonna, we may be witnessing another cautionary tale – the very beginning of the formative stage of the most high-profile celebrity conservatorship in history. Over the past few days, the person who is arguably the most important and influential celebrity of the past 40 years has appeared on social media in ways that have concerned many of her fans.

It’s one thing if Madonna’s behavior just raises some eyebrows among those of us doing our daily social media doomscrolling, but if Madonna’s actions also begin to concern her family, given the totality of celebrity conservatorship history, it’s worth a closer look.

The facts are simple. The superstar posted a TikTok as the Grammys were beginning on Sunday night. While the Internet was buzzing with comments about the 13-second post, from a legal perspective, there was really nothing exceptional – it would be close to impossible to construct a legal argument that this post in itself speaks to an absence of mental and emotional wellness.

But these conservatorship blocks quickly become structures. Madonna recently posted some pictures to Instagram in a photoshoot that some found disturbing, while others viewed it as a form of political speech. But in a practical sense, any high net worth celebrity who raises public concern with what they are tweeting, images they are posting on Instagram, or, more importantly, videos of them appearing not entirely well, is absolutely at risk of being under the conservatorship spotlight given the actions and events of the past year with Britney Spears.

But if we actually go back to 2007, when the events in Britney Spears life started aiming towards what eventually became a conservatorship, there are some commonalities between what’s beginning to happen with Madonna now.

In both cases, there were concerns about the celebrity’s appearance and how they portrayed themselves.. Here, Madonna’s gestures, facial expressions, and behaviors have concerned people, which is not entirely dissimilar to how Britney Spears’ change of appearance, the way that she spoke, and her actions – such as driving with her child in front of her with no seatbelt or walking barefoot in a truckstop bathroom with no shoes – concerned many people.

If anyone in Madonna’s life – from the two of her six children who are of the age of majority, to her lawyers, handlers, and anyone else we aren’t aware of who has a position of power within her internal circle – chooses at some point in the future to pursue conservatorship, where and how they do it is critically important.

Attorney Tim George makes an important legal observation about the nature of a conservatorship:

California law governed the Britney Spears conservatorship and may also govern any conservatorship involving Madonna. While she has many homes, with the 2021 purchase of a stunning mansion featured in Forbes, California may be her current home state, or it may be New York, where she most recently registered as a voter.

If it’s California, it’s now a very forward-looking state when it comes to conservatorship law. Thanks to the yeoman’s work done by the state legislature last fall, Governor Newsom signed into law a sweeping conservatorship reform that will make conservatorship abuse significantly more difficult yet not impossible. But these reforms don’t fully address the very public examples of someone who leads a high-profile life, may be fully capable of taking care of themselves and their affairs, yet falls prey to a narrative that they helped create.

From a strategic perspective, the best thing that Madonna can do right now is stay out of the public spotlight, which is anything but her strength. The foundation of a conservatorship, where family and friends bring the conservatorship because they are concerned for the person’s welfare, tends to be cumulative rather than based on one specific event.

Even assuming that Madonna is fine – that all of these recent events are simply, for lack of a more profound description, Madonna being Madonna – I would advise her to lay low for a while, as challenging a request as I realize that would be. I would suggest that Madonna and her team essentially put together a record of all of the good, normal, and lucid things she’s doing on a daily basis.

While that might sound a little bit ridiculous at first, a video that makes someone seem emotionally and psychologically unbalanced is worth a million words today. So documenting what Madonna does day in and day out, how she is a parent to her children, any good public works that she does, and just any kind of normalcy that anyone in her circle might see on a daily basis is a very good idea for her to do right now. Essentially, in doing so, Madonna would be building a foundational defense for any potential claim that she is unable to take care of herself, her finances, and her estate.

A reality that Madonna will have to deal with in her future choices of what to create for public consumption is the harsh reality that the Internet and nuance are oil and water. While Madonna’s January Instagram photos might have been an artful recreation of her Like a Virgin shoot four decades earlier, and she may have been seeking to make a positive social statement on body image and aging, a series of very public misinterpretations of her well-being, in concert with people in her life who might potential be zealous about controlling her legal affairs, are a bad mix.

A Pulitzer Prize-nominated writer, Aron Solomon, JD, is the Chief Legal Analyst for Esquire Digital and the Editor of Today’s Esquire. He has taught entrepreneurship at McGill University and the University of Pennsylvania, and was elected to Fastcase 50, recognizing the top 50 legal innovators in the world. Aron has been featured in Forbes, CBS News, CNBC, USA Today, ESPN,  TechCrunch, The Hill, BuzzFeed, Fortune, Venture Beat, The Independent, Fortune China, Yahoo!, ABA Journal, Law.com, The Boston Globe, NewsBreak, and many other leading publications.

Is it True That Your Diet Has an Impact on Your Health?

What Are Some Keto Friendly Fruits?