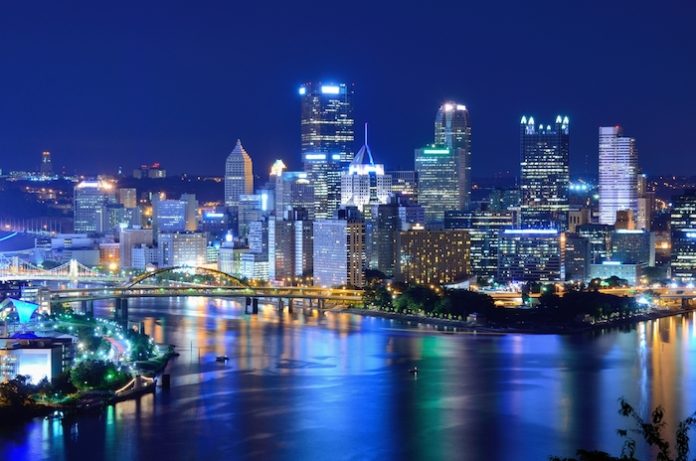 The diverse and historic neighborhoods packed into the 58 square miles of Pittsburgh, PA, offer up a plethora of filming possibilities for big-budget movies and sleeper cult classics alike.

Discover some of the best of these films set in City of Champions to give you both a mouse’s and eagle’s eye view of the city you live in and love while enjoying the unique mix of history, culture and politics it contains that you may or may not yet know.

You can watch these movies streaming on-demand right now on services like Hulu or Netflix.

When an ex-military sniper implicates him in a seemingly-random murder of five people, ex-Army investigator Jack Reacher shows up to get to the bottom of the mystery. He believes the sniper himself is the actual perpetrator, yet still agrees to assist the man’s defense attorney, finding that the deeper he digs, the more complex the case gets.

The movie features prime Steel City locations like the Riverfront Walk, Mario’s South Side Saloon, and the Hoover Stone Quarry in Saltsburg.

Teenagers Grace and Gus are both facing cancer in different ways when they meet and find the disease is far from all they share in common. Over a mutual love of books, and one in particular, dry wit and other such commonalities, the two bond. They form a friendship that treads perilously toward romantic adventure as they embark on a rare and risky chance to meet the reclusive author of their favorite book.

The ‘Burgh masquerades as Indianapolis, the setting of the book on which the film is based. You’ll recognize locations like St Paul’s Episcopal Church in Mount Lebanon, the Monroeville Mall, and the Mansions on Fifth in Shadyside. Too bad there’s no Oscar for “Best Performance by a City.”

This sports film based on a true story explores the journey of Olympic wrestler Mark Schultz upon patron John du Pont moving him onto his estate to help form and train a wrestling team for the 1988 Olympics.

Taking this opportunity as a way to escape his overbearing brother’s shadow, Schultz leaps from the proverbial frying pan into the fire, with Du Pont taking him down an even darker path of crushing self-destruction. The final act in Du Pont’s tragic masterwork is then to bring the brother into the fold and orchestrate the annihilation of them all.

The only location in Pittsburgh proper is the Omni William Penn Hotel, but many locations in Western Pennsylvania served the story. You’ll see interiors of Wilpen Hall in Sewickley Heights in various scenes as well as its exterior which stands in for the iron gates and driveway of Du Pont’s home because his actual home was demolished in 2013.

Sticking with Pittsburgh’s historic fighting spirit, another combative athletic flick based on a true story, this one is a boxing film following Billy “The Great” Hope who goes from having it all to losing it all in one fell swoop, then struggling with the help of an unlikely amateur has-been to find himself and reclaim what mattered to him most.

The main Iron City location in this film is old Saks Fifth Avenue downtown Pittsburgh at 513 Smithfield St, which served as a stand-in for the 1971 exterior of Madison Square Garden.

The whole of this Academy-Award-winning film set in 1920s Chicago takes place over the course of one afternoon as the Mother of the Blues records a session. During this session, tensions build and, eventually, explode, mixing racism, sexism, control, passion and ambition, all packed within the confines of a cramped little recording studio.

The Steel City did a little acting of its own by passing itself off as Jazz Age Chicago, including Rainey’s studio exteriors, shot on West North Avenue, and North Park for a scene under a tent.

This selection offers you the gamut of stories set in Pittsburgh to choose from. Whether you’re looking to laugh or cry, watch some action or learn a bit of history, Pittsburgh and streaming combined always have something to offer.