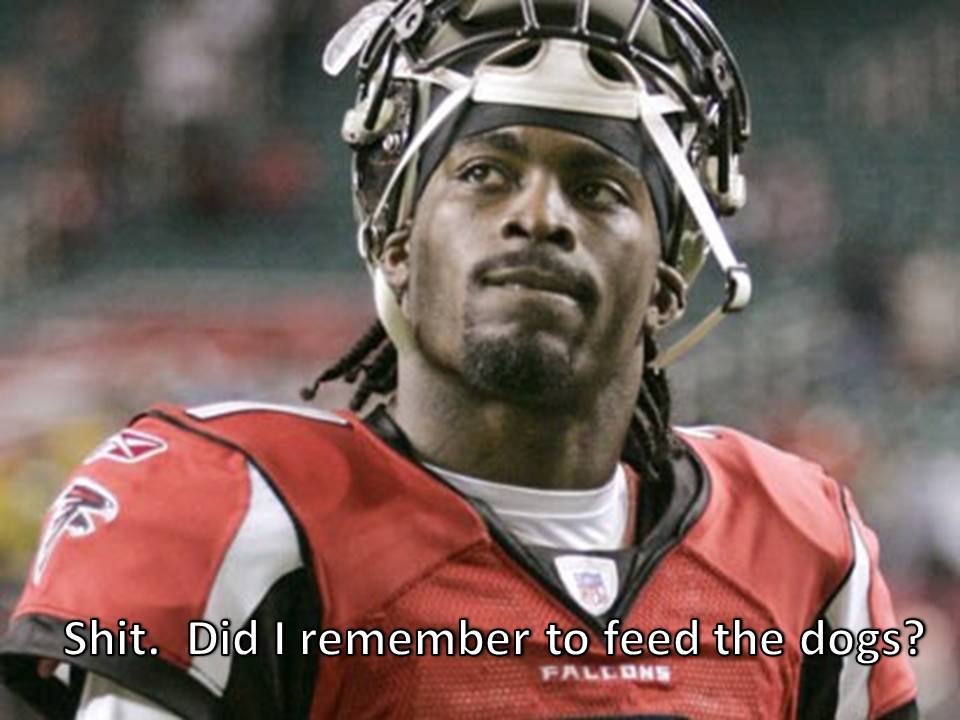 This is an old rant from November 2010 that SmorgasBurgh thought was worth sharing:

Are you a Philadelphia Eagles fan who is torn about whether to root for Michael Vick?  Are you ashamed that the Eagles have signed him and disgusted that he has been performing so well?  Do you hate your team now?  Do you yearn for Kevin Kolb to return to the starting lineup?  If so, then I have a message that I hope you take to heart.

“When you fall asleep, I am going to eat your scrotum.”

Michael Vick not only did society a favor by ridding us of those evil creatures, but he also provided a service by keeping a lot of dregs of society off the streets on weekends. They could have been out murdering or car-jacking or ass-raping old women– but they were at his house, minding their own business and watching some harmless Pitbull Fighting.

So if you’re an Eagles fan– stop being a bitch and root for Mike Vick.  Also, do society some good.  Plant a tree.  Kill a Pitbull.  And take a shower.  (If you’re an Eagles fan then you’re probably waking up from a bender with puke on your face and a load in your pants.) Fuck Philadelphia.